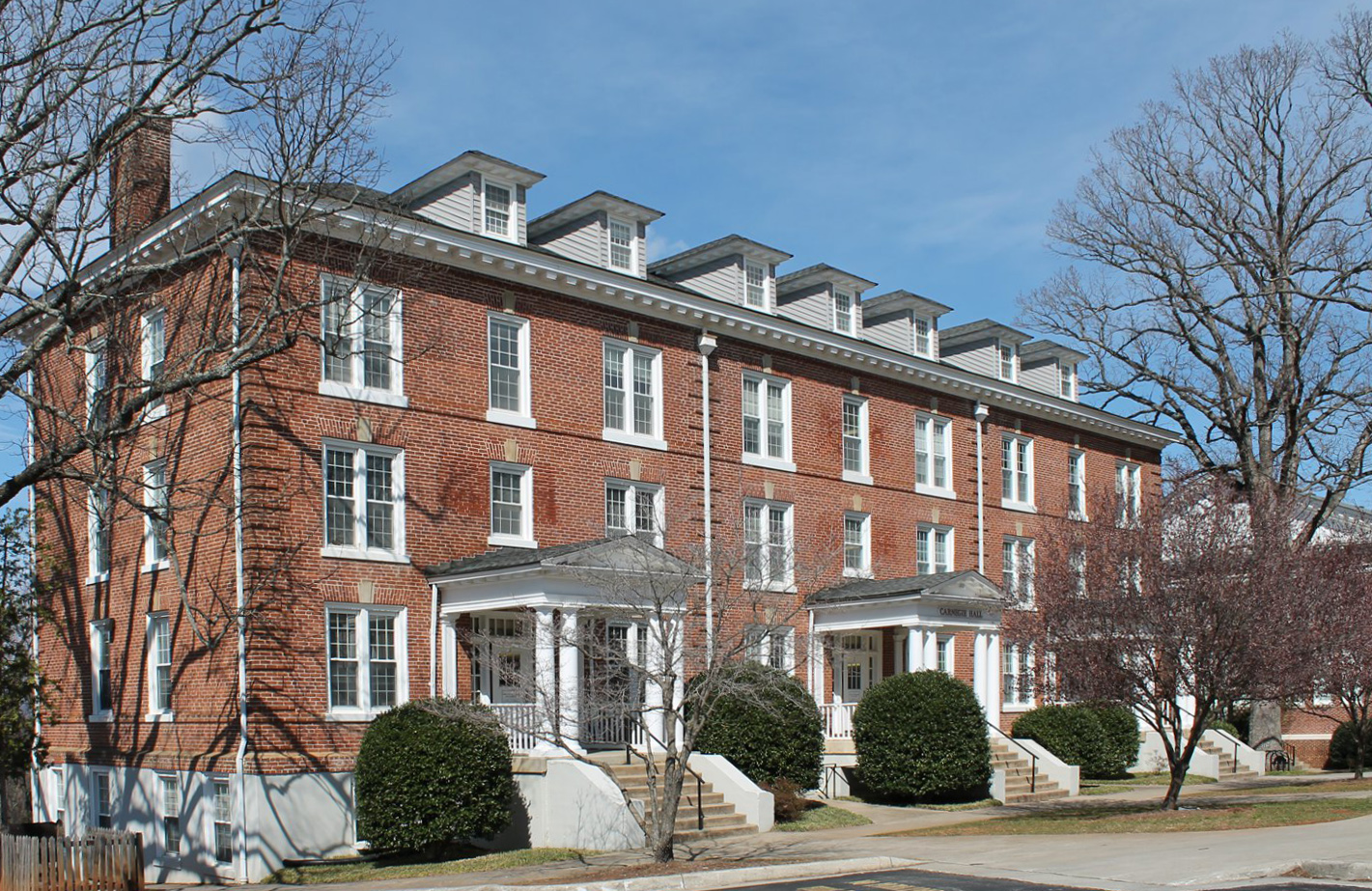 Established in 1903 as Virginia Christian College, the second-oldest co-educational institution in Virginia (Bridgewater College is the oldest), the University of Lynchburg (previously also known as Lynchburg College) completed construction of Carnegie Hall in 1909. As a men’s dormitory with its own dining room, the prominent campus building realized the college founders’ goal of creating separate spheres for men and women in a co-educational setting—a highly controversial notion at the time. The college limited contact between the sexes to the chapel, classroom, and carefully chaperoned social events. The second-oldest academic building at the university (see Hopwood Hall), Carnegie Hall is a Colonial Revival-style building, named for benefactor Andrew Carnegie, consisting of three separate housing units. In 1918, the college removed the dorm’s dining area to encourage dialogue and consensus among male students by providing space for the men’s dormitory government. Over the next half-century, the student experience at Carnegie Hall evolved along with the modernization of the college, making the building locally important for its role in the history of higher education in Virginia.