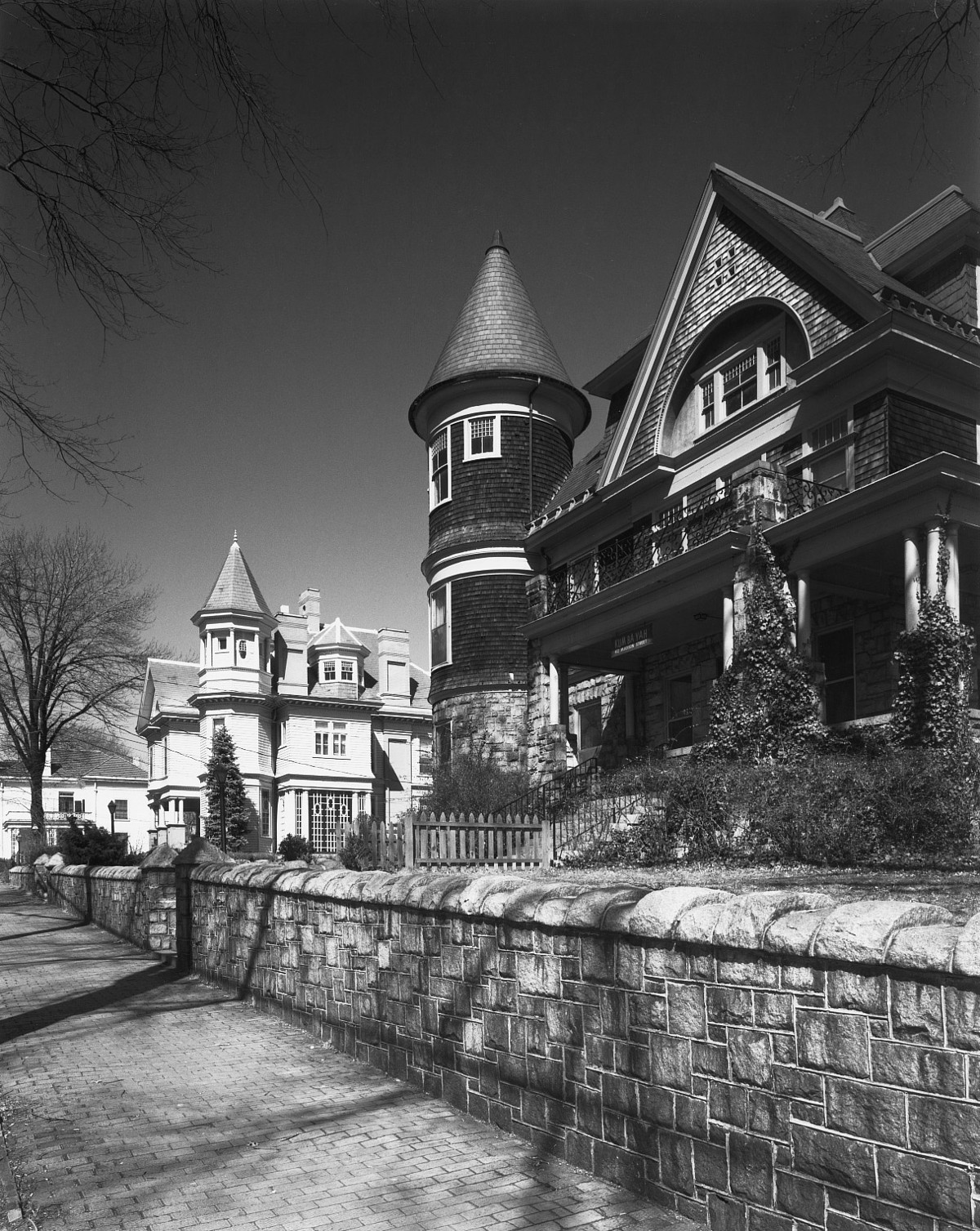 Named for Samuel Garland, Sr., a local lawyer who was among the area’s first residents, Garland Hill is perhaps the best preserved of the prosperous neighborhoods that sprang up on Lynchburg’s hills during the 19th century. The hill, subdivided into approximately ten blocks in 1845, built up slowly, so that it now has a rich mixture of freestanding houses representing styles in vogue from the 1840s to World War I. The grandest dwellings line Madison Street. At its eastern end are two large Queen Anne residences: the 1897 Frank P. Christian house and the 1898 George P. Watkins house, both designed by Edward G. Frye. The most singular structure is the huge Ambrose H. Burroughs house of 1900, a castle-like dwelling designed by J. M. B. Lewis. Because none of the streets is a through one, an air of quiet dignity still pervades the district.