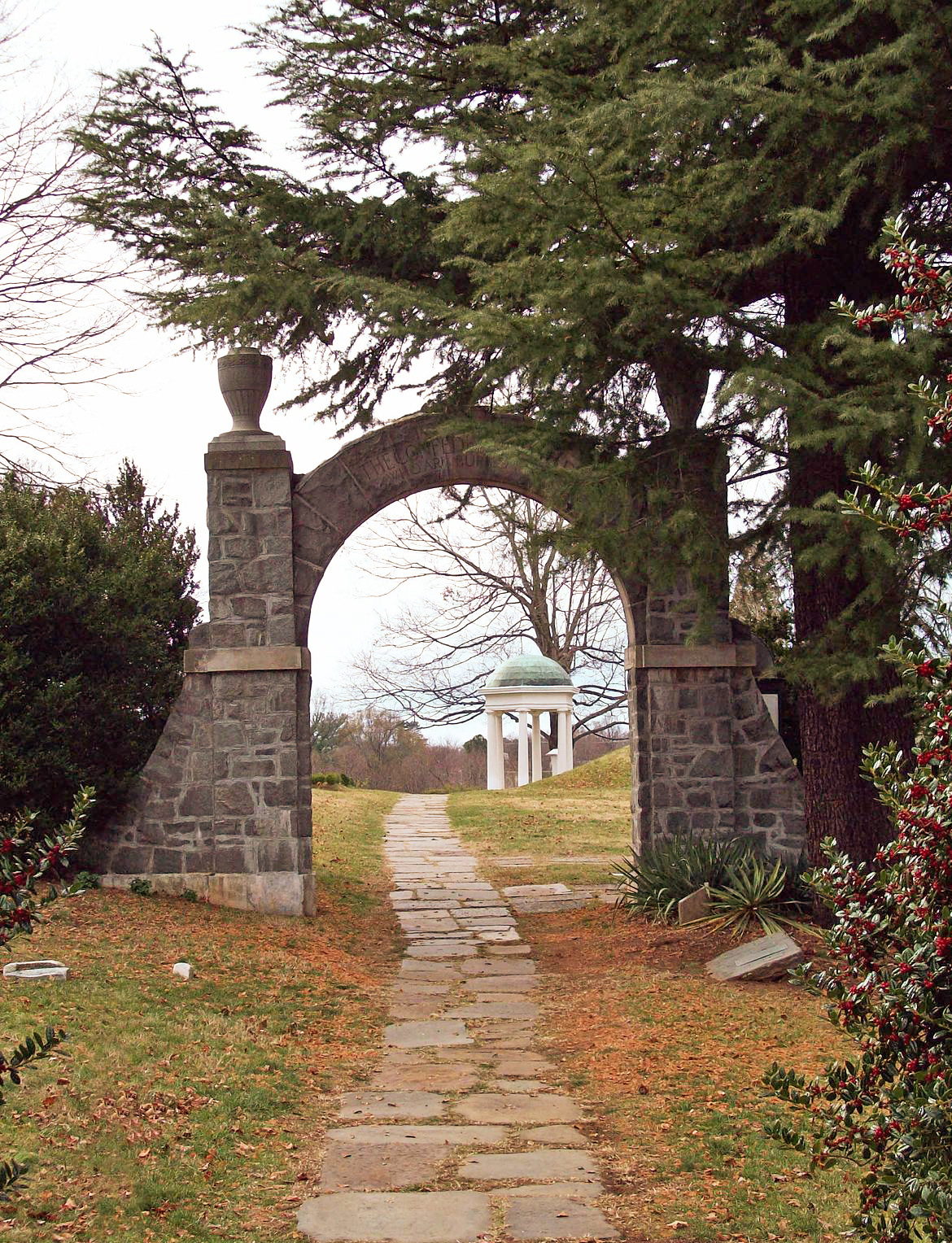 This public burying ground in the heart of the city was opened in 1806 on land donated by John Lynch, founder of Lynchburg. First known as the Methodist Cemetery, it was bounded by a brick wall in 1827. The cemetery is perhaps best remembered for its Civil War associations. Cadets from the Virginia Military Institute used the cemetery as a campground. Lynchburg served as a major hospital center during the conflict, and over 2,000 soldiers who succumbed from wounds or disease were buried here. Located among their grave markers is an 1868 obelisk to the Confederate dead and a domed speaker’s stand. The arched entryway of Lynchburg greenstone, designed by Lynchburg architect Preston Craighill and erected in 1926, leads to the Confederate section. A recreation of the “pest house,” one of Lynchburg’s Civil War hospitals stands just outside the wall.