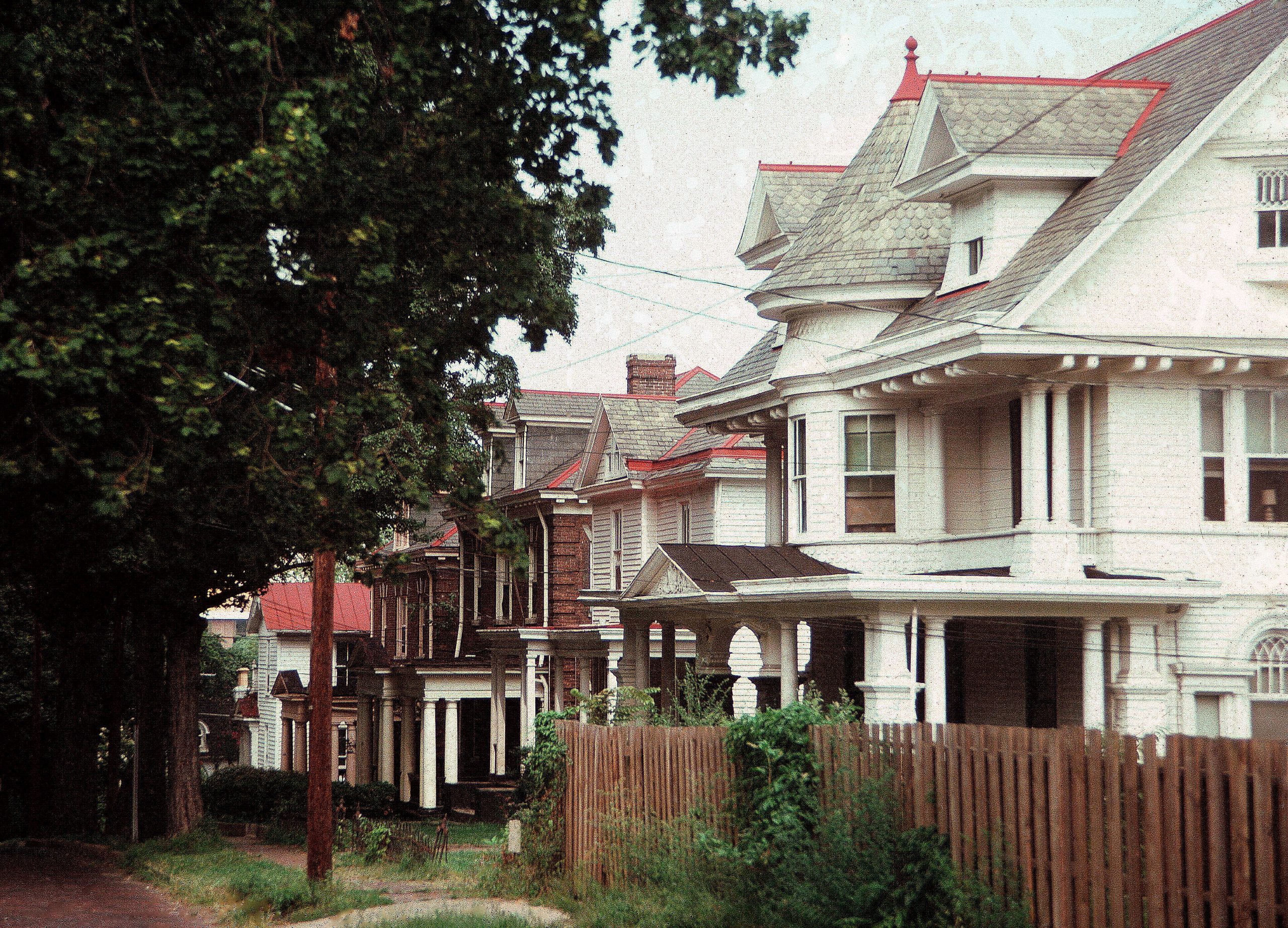 Immediately south of the downtown, Diamond Hill was once one of Lynchburg’s most prestigious residential neighborhoods. It began its development in the 1820s and enjoyed its greatest prosperity at the turn of the 20th century. The latter period was marked by the construction of numerous large residences, ranging from speculative rental units to stately architect-designed houses usually in either the Queen Anne or Georgian Revival style. The family homes of businessmen and civic and political leaders were clustered along Washington, Clay, Pearl, and Madison streets, with Washington Street being the leading prestigious address. Especially interesting is the Queen Anne-style residence at 1314 Clay Street designed by architect J. M. B. Lewis for himself. After a significant decline, Diamond Hill in recent years has experienced considerable rehabilitation and restoration activity.

Diamond Hill Baptist Church is one of the most significant contributing resources within the district. It is Lynchburg’s second oldest African American church and was a pivotal local player in the Civil Rights Movement of the 1960s. Under the leadership of Rev. Virgil Wood, pastor there from 1958 to 1963 and a friend of Dr. Martin Luther King Jr., the church was an important meeting place where leaders and activists planned campaigns for registering and turning out voters, integrating the city’s schools, desegregating local lunch counters, and protesting discriminatory hiring practices, among similar activities. Built in 1886 in a Late-Gothic Revival style, later remodeled in 1903 and expanded in 1993, Diamond Hill Church represents the growth and influence of black churches during the Reconstruction era after the Civil War.

In 1983, the district was slightly expanded so that a triangular piece of ground bounded by Grace, Jackson, and 15th streets and containing the Lynchburg Hospital (Marshall Lodge Memorial Hospital) was attached to the southwest corner of the original boundary.
[VLR Listed: 3/4/1983; NRHP Listed: 4/14/1983]