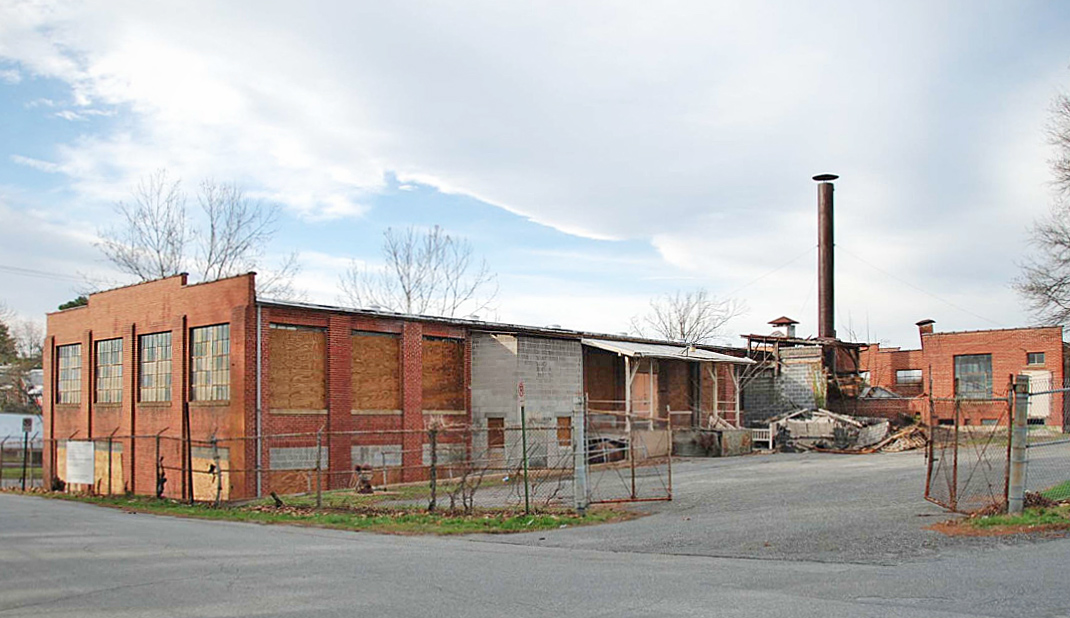 The Lynchburg Hosiery Mill #1 began operations in 1900 and for the next seven decades played a prominent role in the city’s economy and culture, becoming a well-known city landmark. In 1913, it became one of the first mills in the South to manufacture socks under a government contract for the military. In 1919, during segregation, the mill hired African American women, the only business or industry in Lynchburg to do so, after it opened a second, segregated mill complex in downtown Lynchburg. In 1971, the company integrated its workforce. During World War II, Lynchburg Hosiery Mills was among the largest producers and innovators of government-issued cushioned socks and also produced parachute material. It also turned out commercial products during the WWII era, when the mill distinguished itself as one of the most productive hosiery mills in the country. The mill property remains a character-defining feature of south Lynchburg and reflects industrial construction methods of its day. In 1946, Building B was the first hosiery mill building in the U.S. to be completely air conditioned, when it started processing the recently-developed products of rayon and nylon, distributed by DuPont and used for military applications.