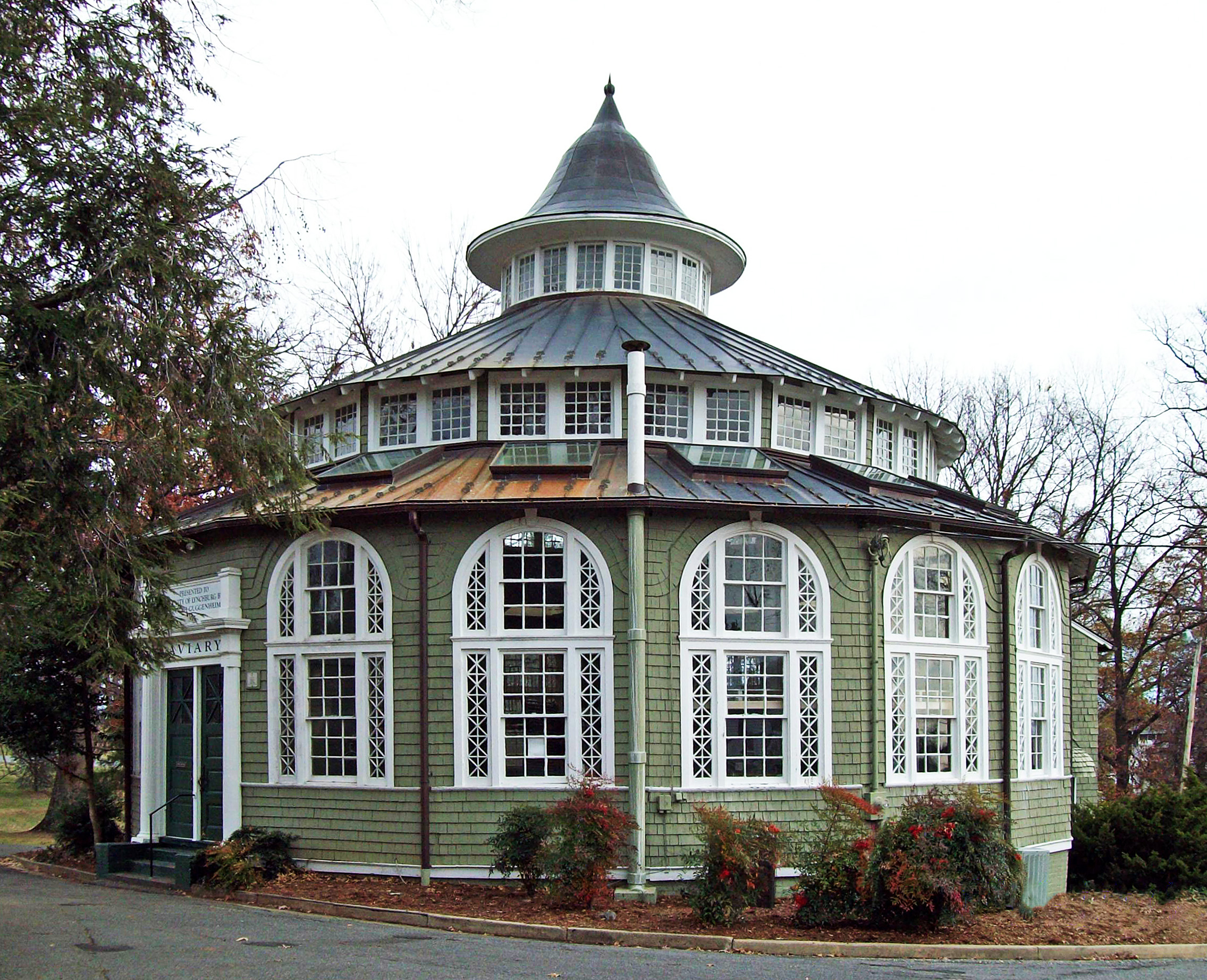 An adaptation of the Queen Anne style, this pagoda-like building is the state’s earliest known municipal aviary and is an example of the civic amenities resulting from turn-of-the-20th-century private philanthropy. Designed by Frye and Chesterman of Lynchburg and opened in Miller Park in 1902, the Aviary was the gift of Randolph Guggenheimer, a Lynchburg native who became a New York businessman. The Aviary is also an expression of the nationwide enthusiasm for zoological parks and gardens in metropolitan areas that prevailed in the late-19th and early-20th-centuries. Here originally were housed cages containing monkeys, alligators, cockatoos, doves, parrots, and canaries. The interior was remodeled in 1931 when it was converted to a library. In 1975 it was leased by the city to the Lynchburg Council of Garden Clubs for a garden center.