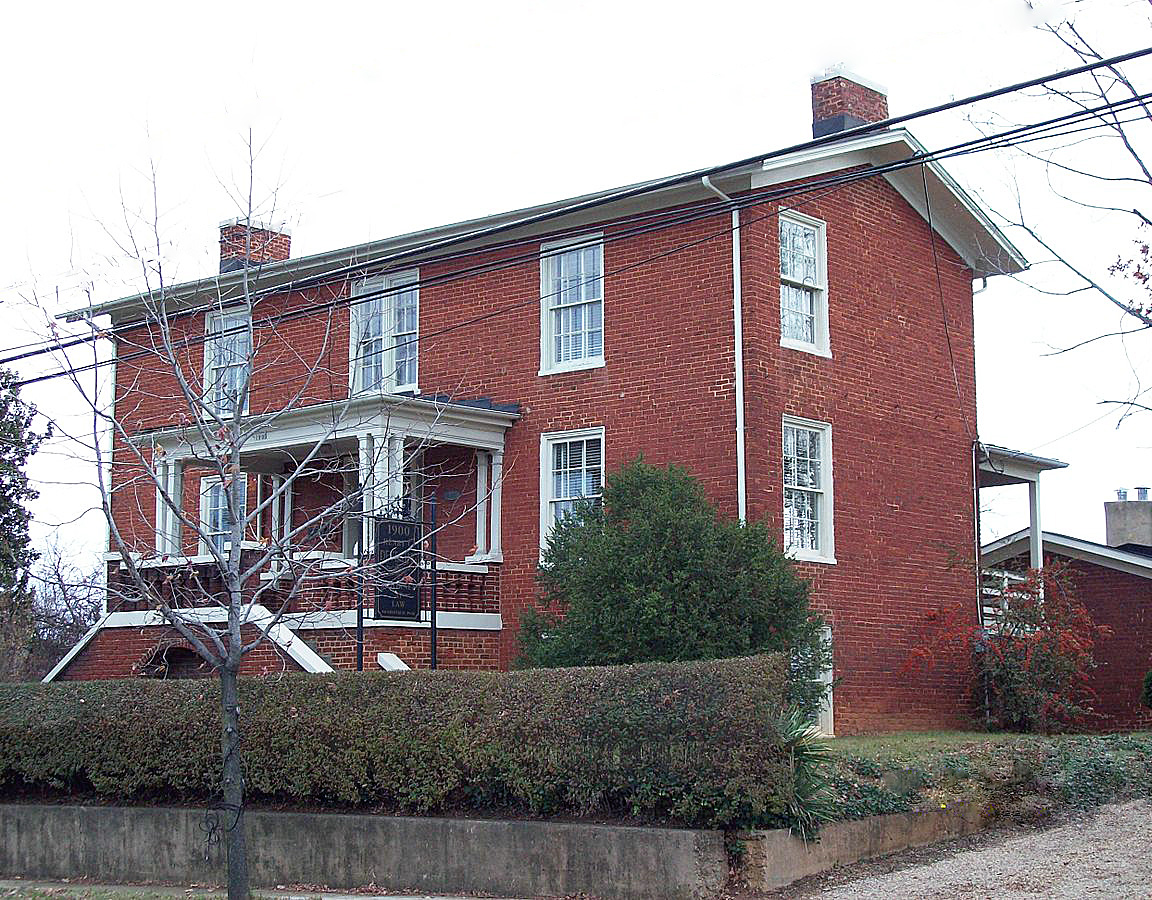 Built for the Irvine family in 1871, Centerview is a substantial late-Greek Revival brick dwelling in Lynchburg that retains many of its original features. The site contains a large brick dependency that originally served as a summer kitchen and possible slave quarters. Dr. Robert Withers Morgan, a prominent and pioneering dentist, acquired the property in 1876. He formulated dental hygiene products including “Dental Chewing Gum” and “Dental Scotch Snuff,” both manufactured in Lynchburg. His Civil War experiences inspired a life-long desire to improve dental care in the armed forces. In 1901, he drafted the legislation that led to the creation of the United States Army Dental Corps. His daughter, Georgia Weston Morgan, a noted Lynchburg artist and teacher, lived in the house intermittently until 1923. For much of the 20th century, Centerview was owned by the Burgess family. It was then rehabilitated as law offices.