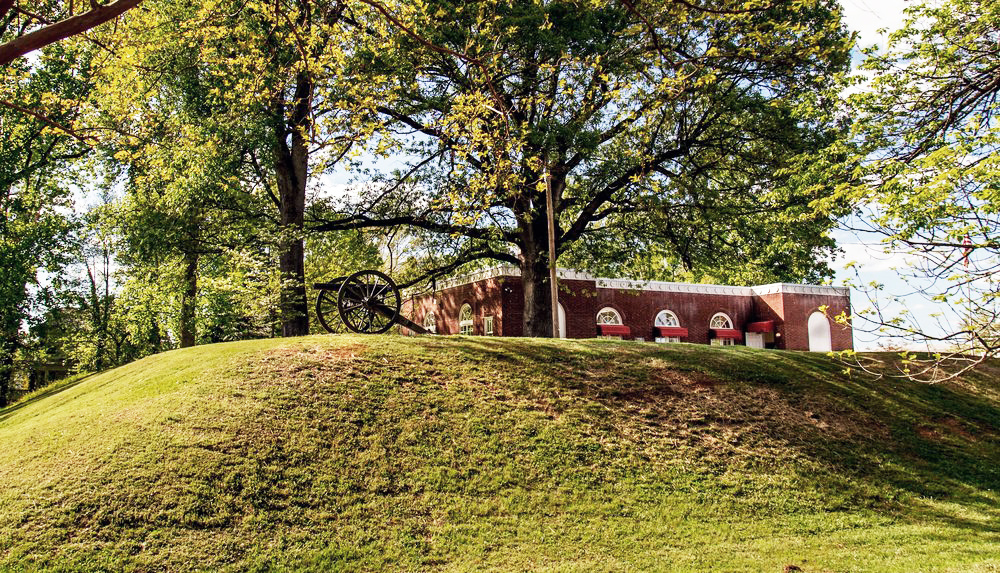 Fort Early, the only remaining Civil War earthen fort in Lynchburg, was constructed by troops under Confederate General Jubal Early as part of the outer defenses of the city. It guarded the Lynchburg-Salem Turnpike and provided defense for the city in the Battle of Lynchburg, June 17-18, 1864. The 20th-century brick building inside the fort is the headquarters of the Fort Hill Woman’s Club and serves as a museum that displays exhibits on the Battle of Lynchburg and is open by appointment. A granite obelisk honoring Early and his troops stands in front of the fort entrance. The monument was given to the city in 1919 by Early’s niece.