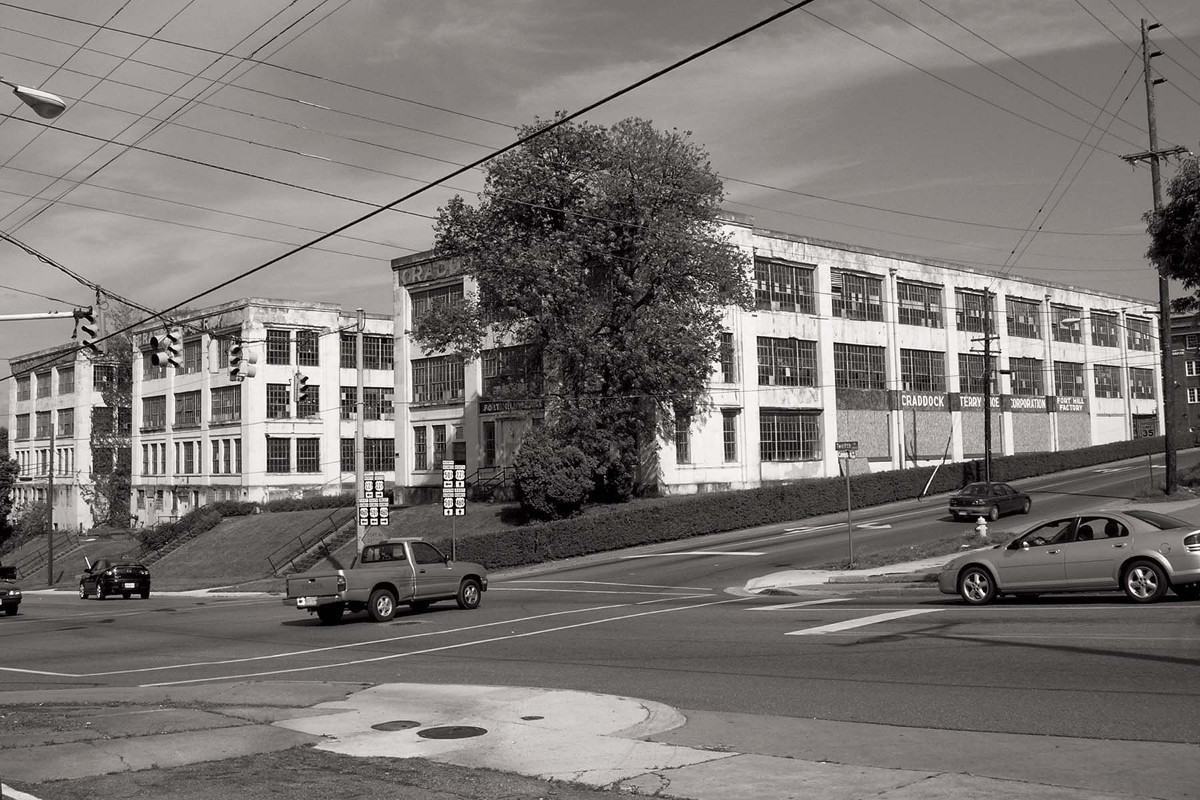 Kemper Street Industrial Historic District encompasses the core of a manufacturing area of Lynchburg devoted primarily to the production of clothing and shoes. The district arose during the early 20th century as the city’s initial commercial and industrial districts reached capacity. Covering approximately 17 acres, the district consists of five building complexes, representing some of the largest, most modern industrial buildings in the region during the district’s first 40 years after 1916. The Lynchburg Industrial Development Corporation, a private entity dedicated to selling land to “start up” businesses, was significant in the development of the district. The district also spawned the Lynchburg Manufacturers Building Corporation, which constructed a generic “loft” building speculatively; the Blue Buckle Overall Company, one of Lynchburg’s major employers, was one of the few businesses consistently seeking female employees. The long lifespan of the district’s buildings and the companies housed within them effectively tells the story of manufacturing in Lynchburg during this important period in its history.