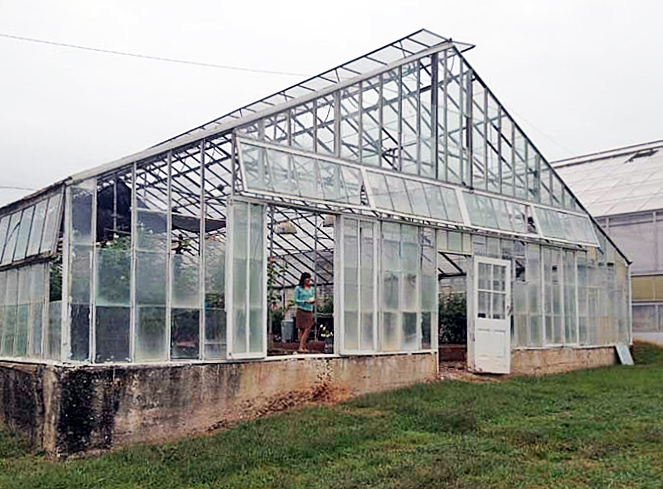 The Doyle Florist Inc. / H. R. Schenkel Inc. Greenhouse Range in Lynchburg represents 80 years of activity in the cut-flower industry in the U.S. That industry originated in the 17th century and became an important part of agricultural commerce in the nation during the 20th century. The U.S.-based industry peaked in the 1990s, and then nearly collapsed in later years due to competition from international markets. The Doyle-Schenkel Greenhouse Range reflects the industry’s modern period of expansion, success, and decline nationally. Beginning in the 1920s, the Dolye family established the original greenhouses, power plant (to heat the greenhouses), root cellar, and farmhouse, creating a complex that typified the historical production process and culture of the national industry. During the 1950s, when the Schenkel family operated the business, more greenhouses were built to accommodate the industry’s growth in the U. S. during the post-World War II period. Later buildings were added to continue operations during the 1960s and 1980s.