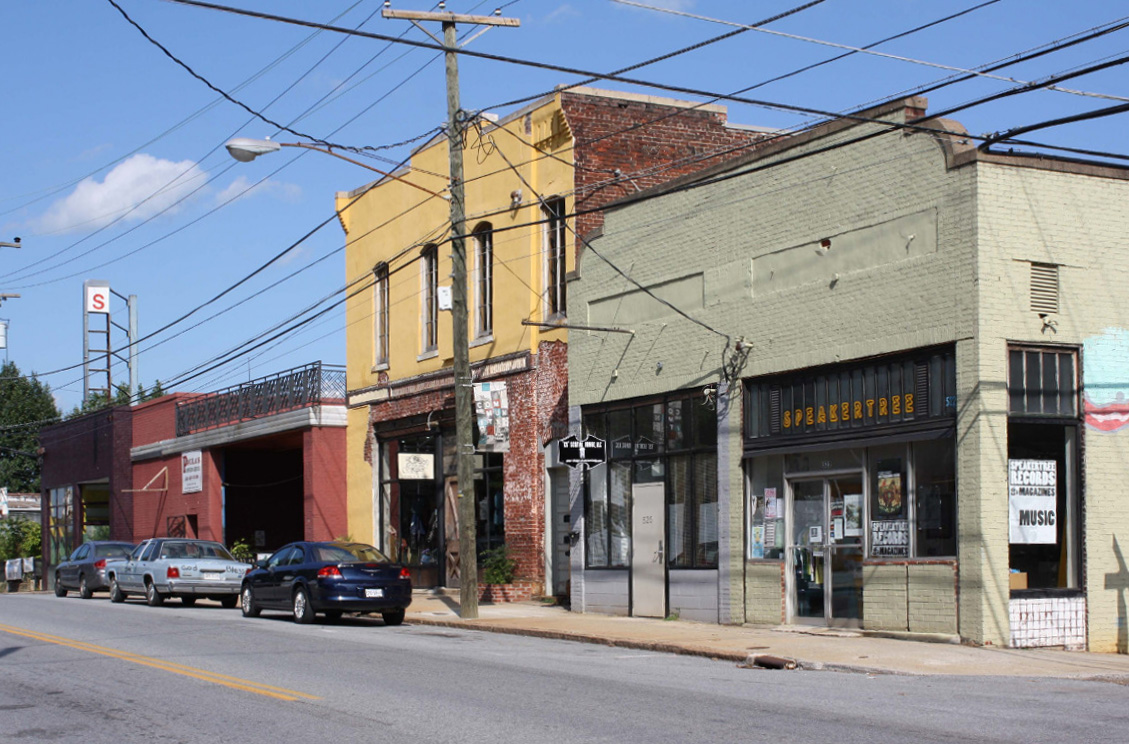 Lynchburg’s Fifth Street Historic District, located southwest of the city’s central business area, arose as a significant African American commercial area during the latter 19th and early 20th centuries. In the early-19th-century the area developed as a gateway to the west, with several taverns and commercial establishments located there. During the late-19th-century, the Fifth Street corridor hosted high-end residential neighborhoods for Lynchburg‘s white population while at the same time it was the primary scene of commerce for the area‘s African American community. The corridor also developed as a major automobile sales and service district of gas stations and service garages, tire and auto parts stores, and automobile showrooms.