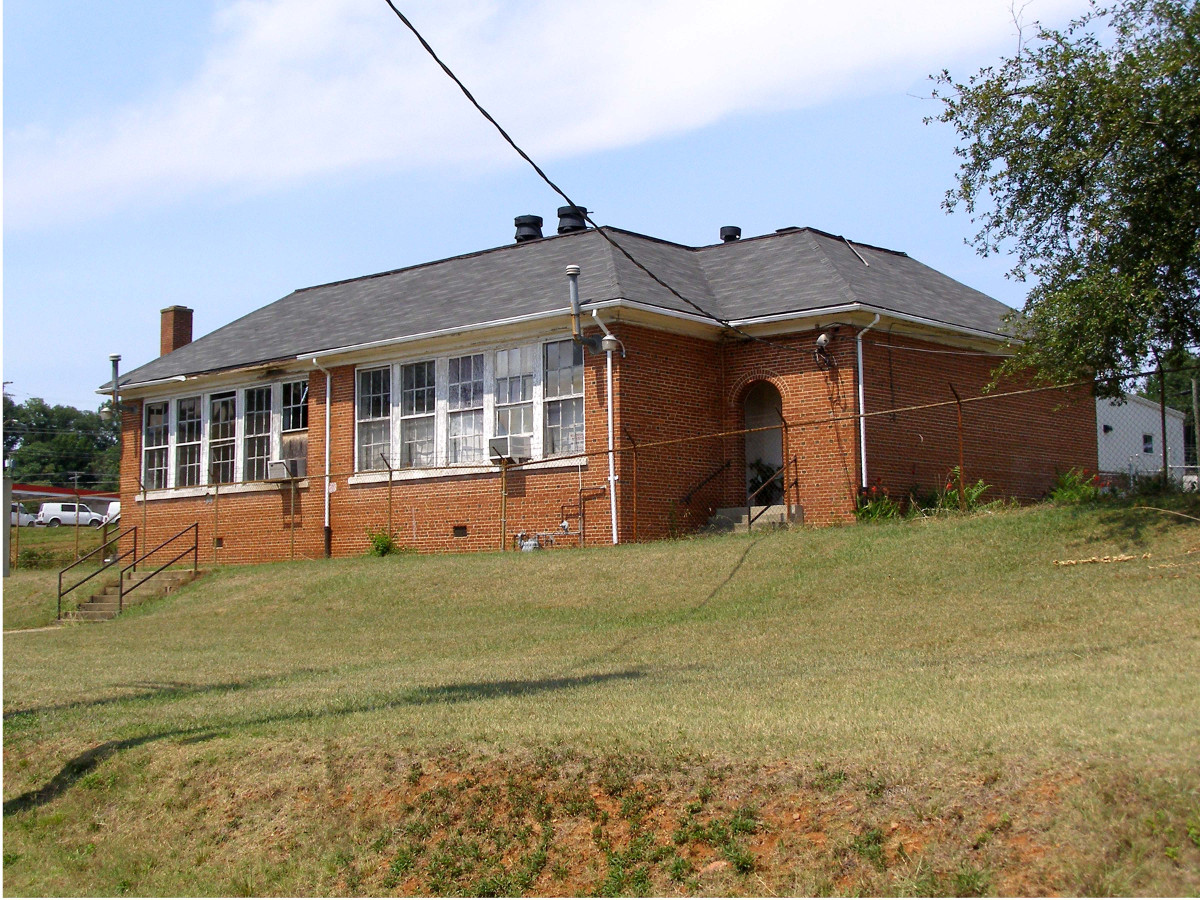 The completion of the brick four-room Dry Bridge School, circa 1930, marked the end of years of effort by African Americans residing east of Martinsville in Henry County to secure better educational facilities and opportunities for their children. By the early 1920s the first Dry Bridge Colored School, a small frame L-plan building, needed substantial repairs or replacement. After supporters of the original school failed repeatedly to secure Henry County School Board approval for repairs to their frame school building during the 1920s, they formed a School Improvement League in 1927, affiliated with the First Baptist Church of East Martinsville. The $7,800 to build the new school was raised by the league through fundraising efforts ($500) and assistance from the Julius Rosenwald Fund ($1,200), which also supplied the building plans for the new school. Additionally, a combination of public funds ($6,100) was likely provided by the state’s department of education and Henry County. In 1948, Dry Bridge School was annexed into the Martinsville School District and renamed East Martinsville Grammar School. In 1958, a freestanding school addition was built beside it. The school closed in 1968 as a result of desegregation. Since 1969, the Dry Bridge School building has housed MARC Workshop Inc, to whom the city deeded the property in 1989. Of the three Rosenwald schools built in Henry County, only Dry Bridge School stands today.