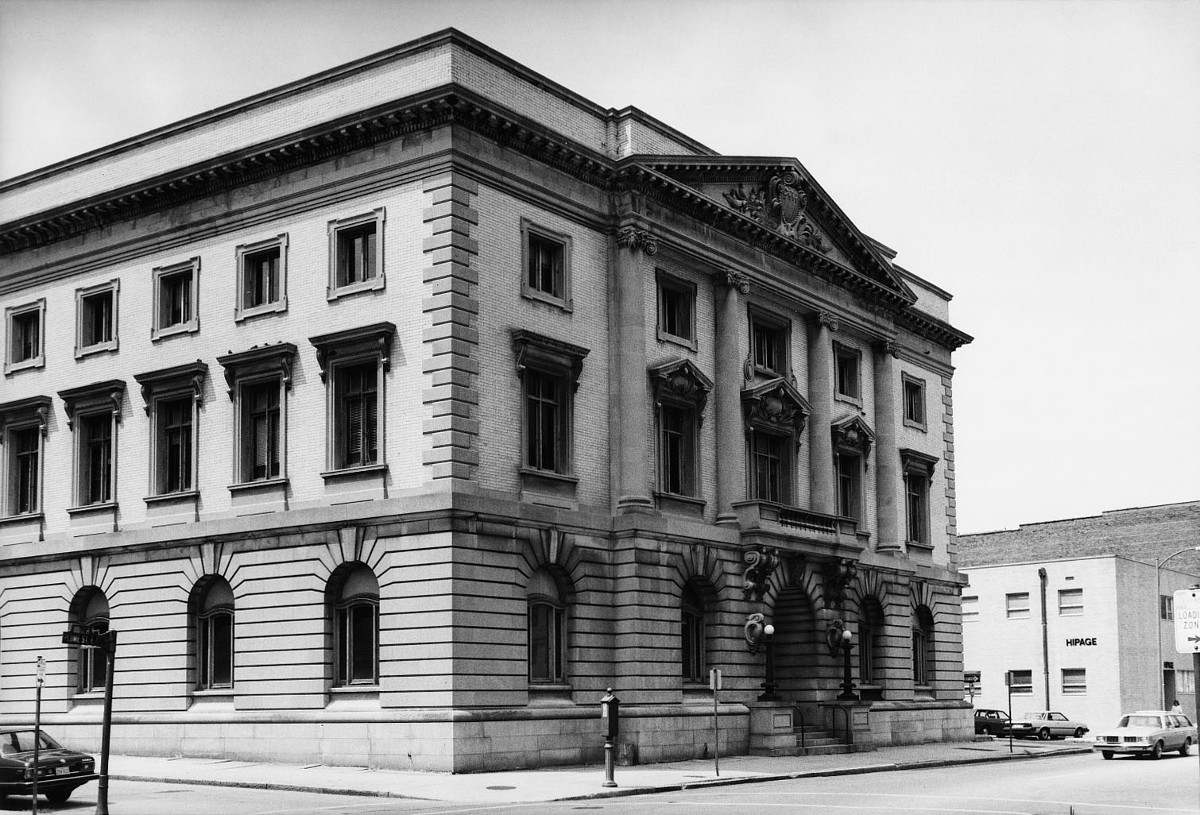 Old Norfolk City Hall, with its fine stonework, classical decoration, and grand formality, is a skillful rendition of the stately Neo-Palladian Revival that was popular at the end of the 19th century, especially in Great Britain. Designed in 1898 as the U.S. Post Office and Courts Building by the Baltimore firm of Wyatt and Nolting, this downtown Norfolk building illustrates the high standard of architectural civility found in works commissioned by the federal government in this period. Converted into a city hall in 1937 but abandoned in the 1960s with the construction of a modern city hall, the building has since been sensitively restored for private offices. An exceptional feature of the interior is the large central court surrounded by splendidly ornamented arcades.