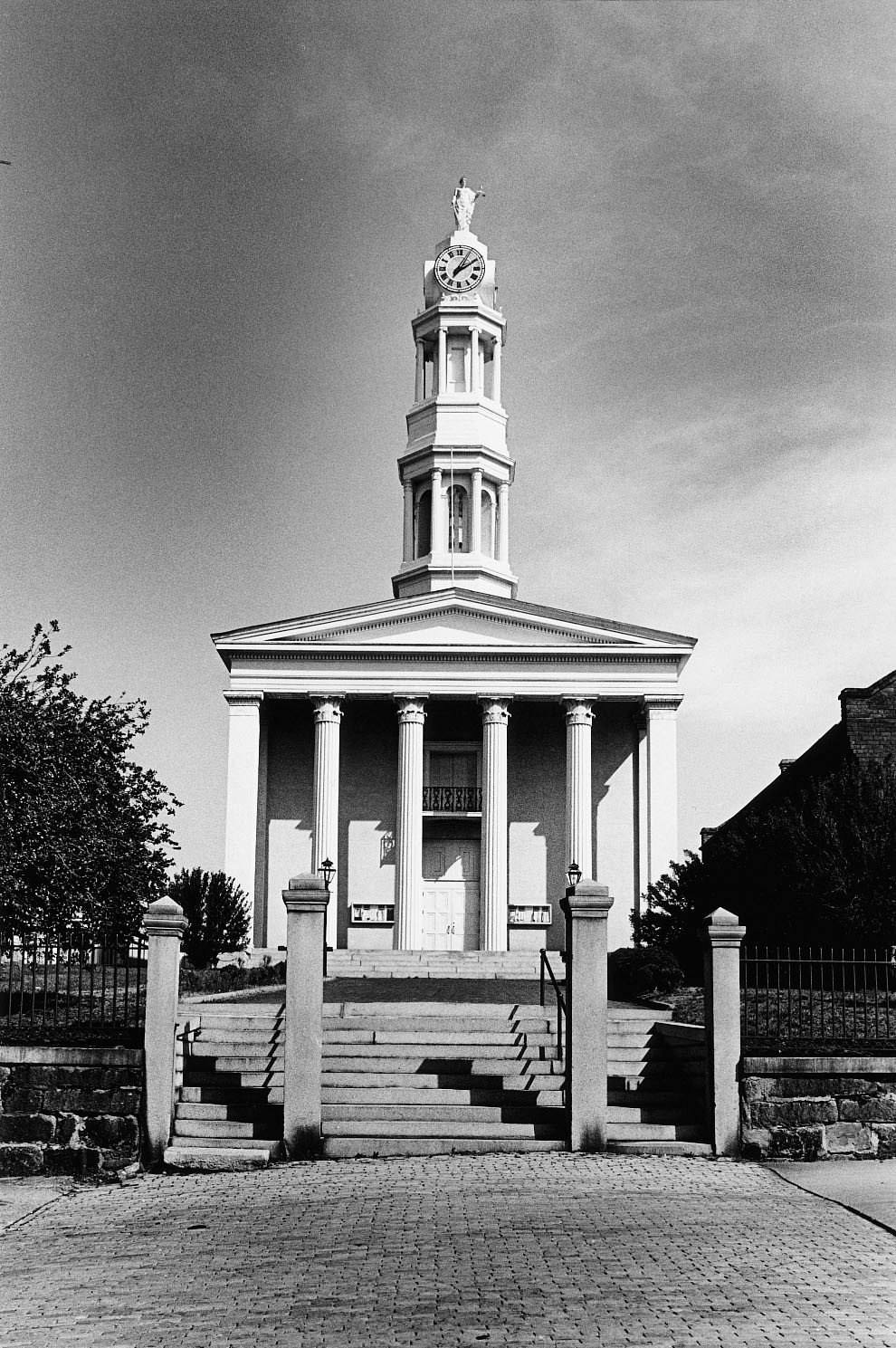 One of the Commonwealth’s most beautiful public buildings, the Petersburg Courthouse is a testament to the talents of its architect, Calvin Pollard of New York. Completed in 1840, this masterpiece of the Greek Revival employs the Tower of the Winds order in both its tall portico and its elaborate octagonal cupola. The cupola, topped by a clock which is surmounted by a statue of Justice, was used as a sighting mark by Union artillery during the Civil War siege of the city. The courthouse’s exterior survives largely unchanged; the interior has undergone considerable remodeling but preserves an outstanding coffered domed ceiling in the courtroom. The building still houses the city’s courts and remains a dominant architectural element of Petersburg’s skyline.