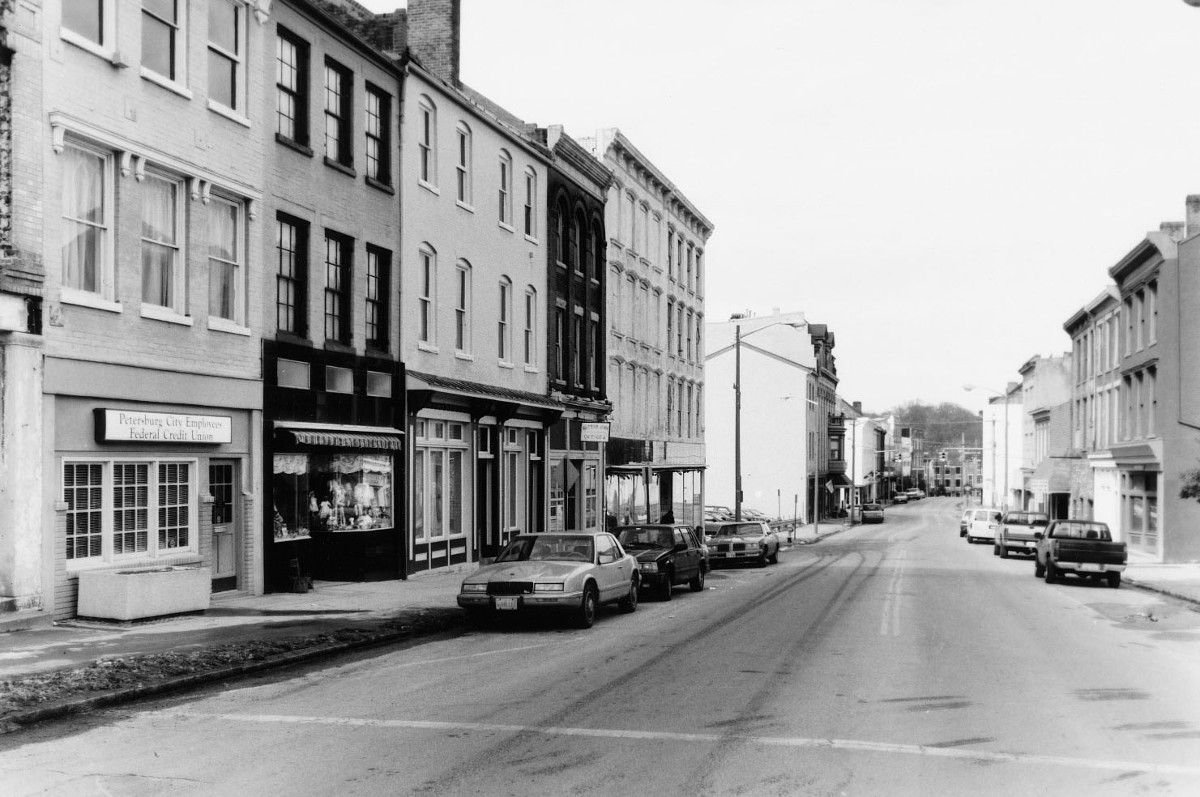 Incorporating portions of some nine blocks in the heart of Petersburg, this district centers around the 1840 courthouse which dominates the downtown skyline. Along its streets is a dense assemblage of urban architecture including public and institutional structures, as well as commercial and residential buildings in various styles ranging in date from 1815 to the 1940s. An especially fine collection of commercial buildings lines North Sycamore Street, the city’s main street. Individually significant landmarks in the district are the Tabb Street Presbyterian Church, St. Paul’s Episcopal Church, and the former U.S. Customs House—now the city hall. The area was the target of Union bombardment during the 1864-65 nine-month siege of Petersburg. Physical damage was minimal but the city never regained its role as one of the state’s leading urban centers. The district’s commercial stability, however, was sustained by Petersburg’s tobacco industry.