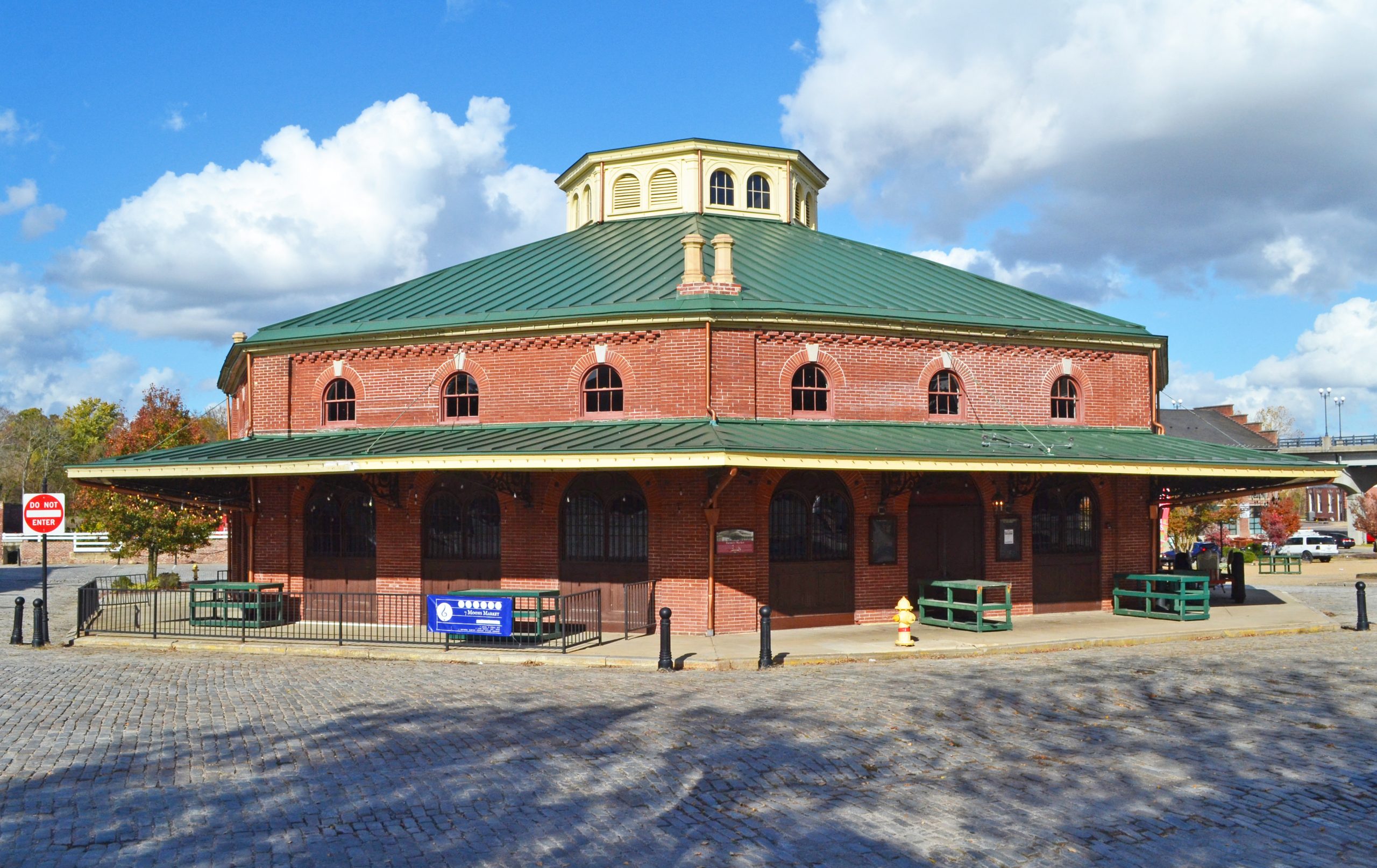 Orson Squire Fowler’s treatise, A Home for All (1848), extolling the advantages of octagonal buildings, resulted not only in the construction of numerous octagonal houses but in the erection of other eight-sided structures, including Petersburg’s 1879 farmers’ market, originally called the Farm Market Center. The focus of the city’s colorful commercial area (the listed Petersburg Old Town Historic District), the building is the fourth to be located on the site, the first one having been erected after the town market was established here in the 1790s. The present City Market building was designed and built by B. J. Black, a Baltimore builder-designer who came to Petersburg in the 1850s. It is notable both for its shape and for its decorative cast-iron brackets supporting the canopy and projecting market shed. By the end of the 20th century, the exterior stalls still accommodated farmers, and the interior had been converted into a restaurant.