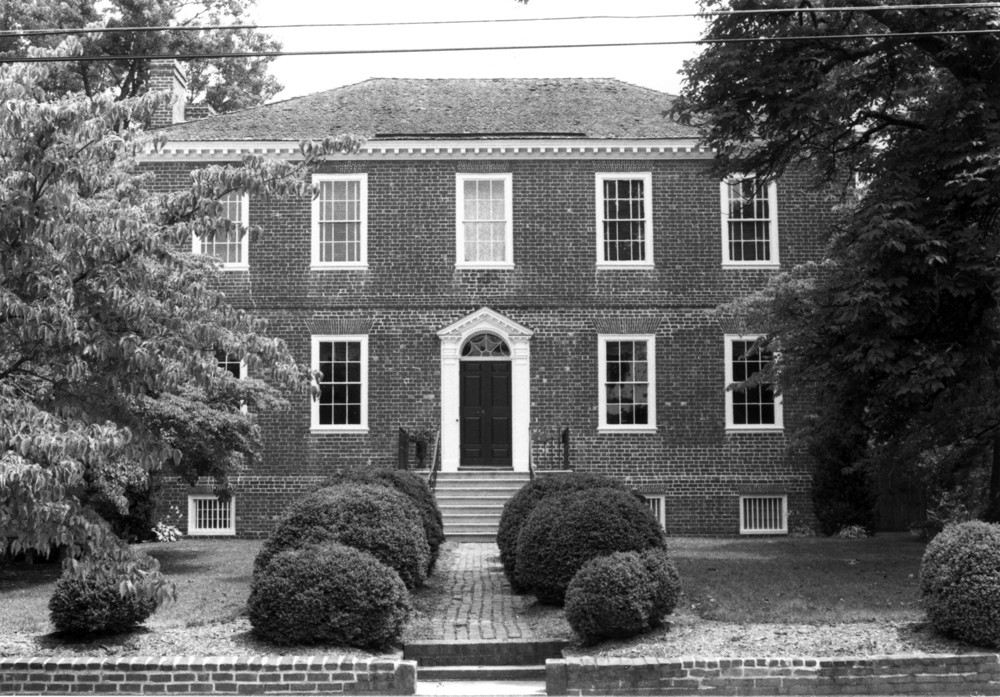 Stewart-Hinton House is a brick, hip-roofed, two-story house over an elevated basement. It was constructed about 1798 for tobacco merchant Robert Stewart and his wife, Amy Goodwyn Stewart. The house is in the Georgian tradition of great Virginia mansions built in the 18th and early 19th centuries. It features sophisticated Federal detailing inside and out. It was the finest house on Petersburg’s High Street when it was built, and it remains one of the grandest houses in Old Town district today. Notable on the exterior are the fine Flemish–bond brickwork, the beautiful front doorway with its open pediment framing a lunette, and, on the rear, the group of three doors. The interior has a wide first-floor hall with an elaborately detailed unsupported stair and a large parlor running the full depth of the house with two identical fireplaces.