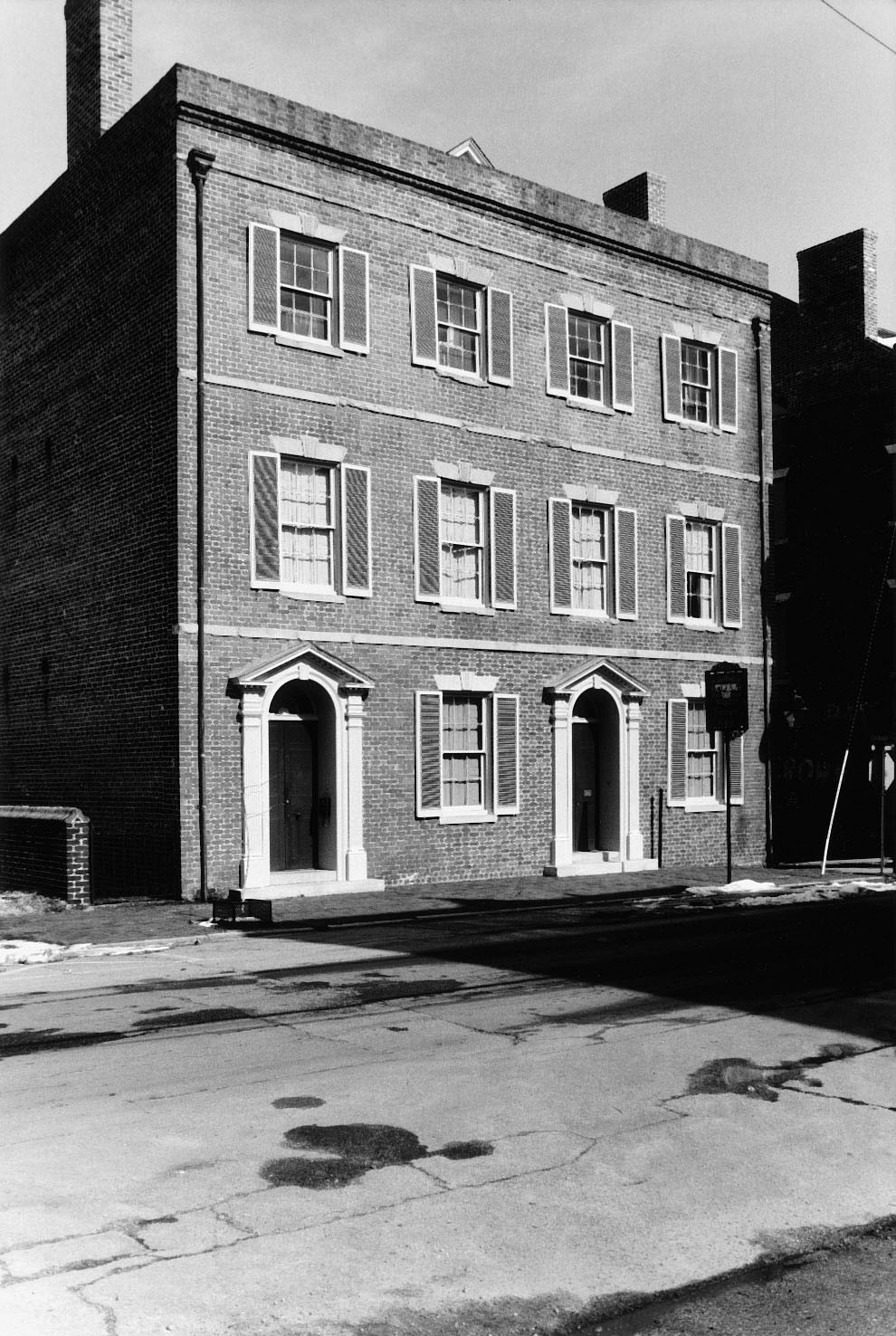 The Farmers’ Bank of Virginia, incorporated in 1812, opened its Petersburg branch that same year. The bank completed the present three-story Federal-style structure to replace its earlier office destroyed by fire in 1815. As was customary, well appointed living quarters were provided on the upper floors for the bank’s executive officer. These rooms preserve their intricately decorated mantels and doorways, features typical of Petersburg’s finer Federal-style structures. The banking area on the first floor retains its original vault. The branch continued in operation through the Civil War but was forced to liquidate its assets in 1866 by an act of the General Assembly that affected all state banks. The building then passed through numerous owners and served various functions until the 1960s when it was conveyed to the Association for the Preservation of Virginia Antiquities and subsequently restored as a banking museum.