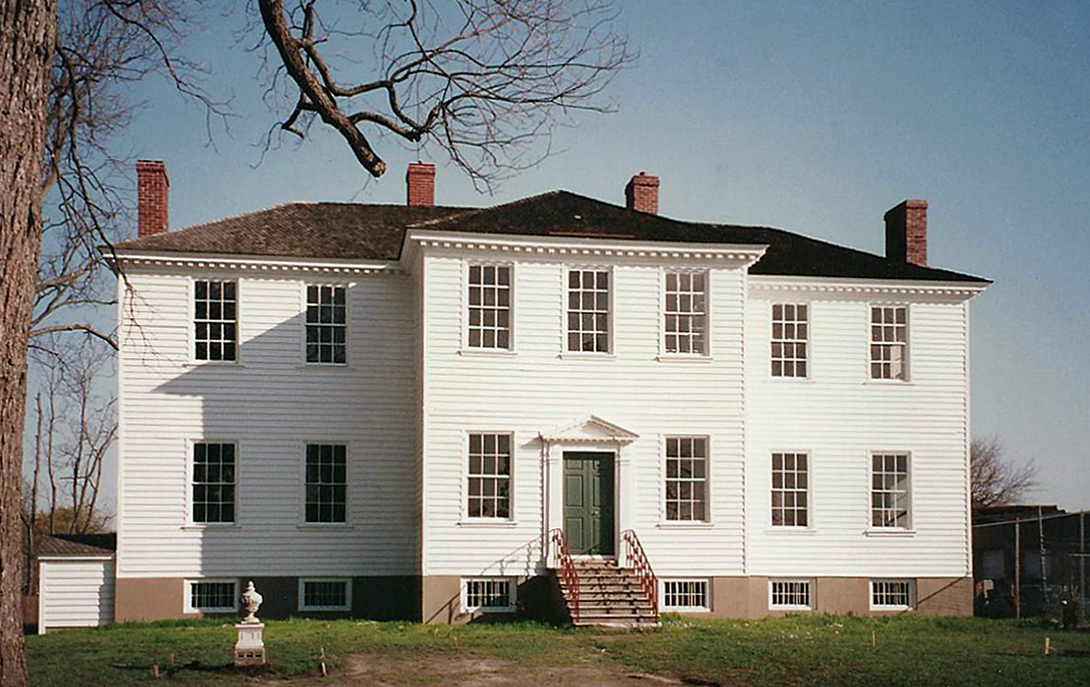 As built for William Barksdale in 1792, Strawberry Hill followed a tripartite Palladian form, consisting of a two-story center section flanked by one-story wings. William Haxall, who purchased the house in 1800, enlarged it in 1815-16 by raising the wings to two stories. Despite this change, the house retains its rich early appointments, including a delicately carved pedimented doorway approached by marble steps with scrolled wrought-iron railings. The drawing room woodwork is noteworthy for the shell-carved niches flanking a paneled chimneypiece with a broken pediment. The house underwent significant alterations in the 1880s when it was partitioned into three separate residences, and the entrance was placed off center. The disfiguring changes were removed during a long-term restoration which has returned the house to its former position as one of Petersburg’s finest late Georgian residences.  Strawberry Hill contributes to the city of Petersburg’s Folly Castle Historic District.