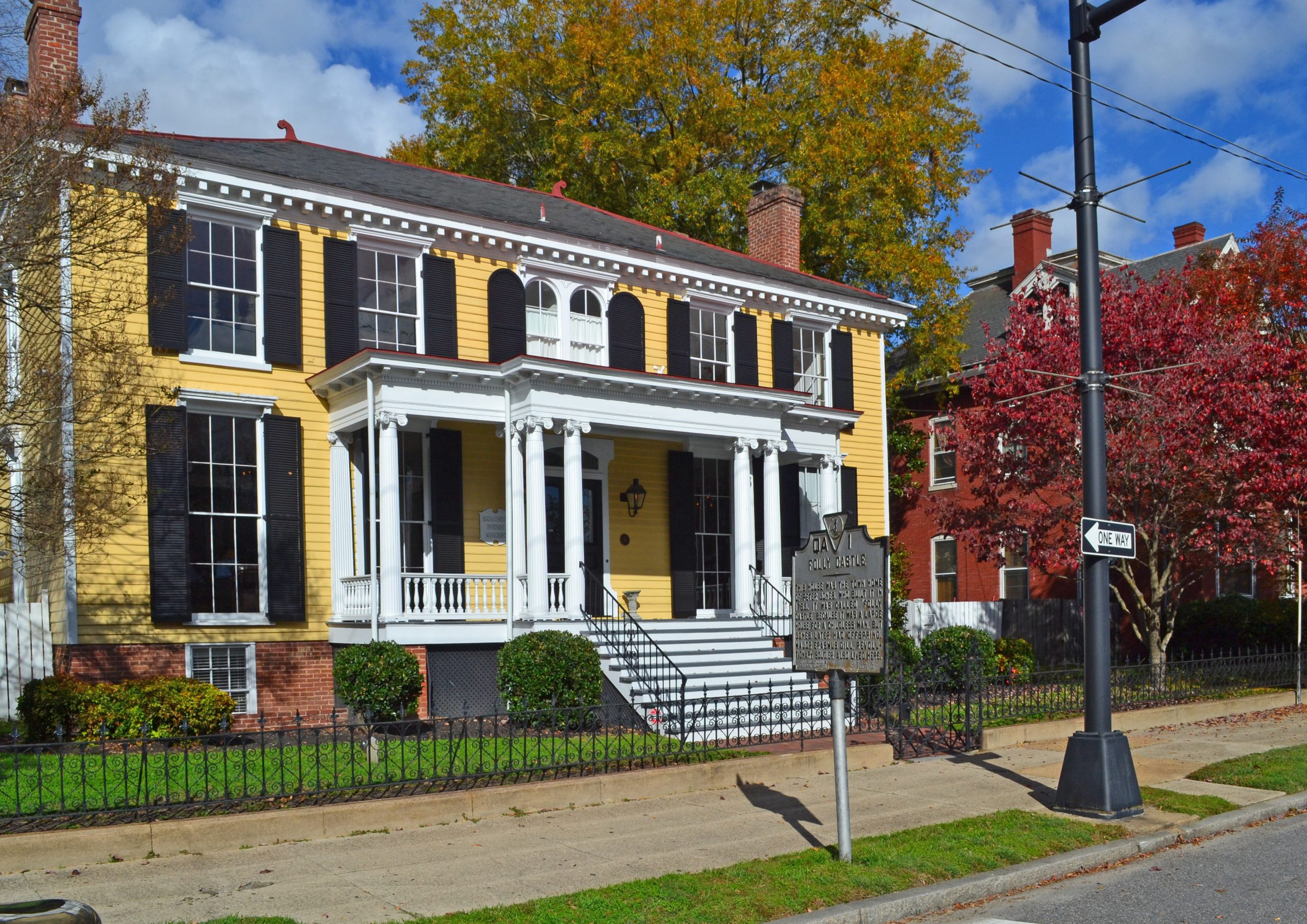 This residential neighborhood centered along West Washington Street, and including three blocks of Hinton Street, as well as sections of Perry and Guarantee streets, contains an important and varied assemblage of late-18th- and 19th-century houses. Once one of the city’s leading neighborhoods, it takes its name from Folly Castle (pictured above), a wood-frame Georgian mansion with later modifications, erected in 1763 for Peter Jones, whose progenitor and namesake was the source for the name of Petersburg. Another residence, the 1858 McIlwaine-Friend house, at 404 W. Washington Street, served as Maj. Gen. George E. Pickett’s Confederate headquarters from 1863 to 1864. An outstanding early frame house is the ca. 1813 Joel Hammon house at 26 Perry Street. Dominant architectural styles are Greek Revival, Italianate, and Georgian Revival.

In 1999, the district boundary was increased to include a twelve-block neighborhood of late-19th- and early-20th-century buildings, constructed as the city expanded beyond its original center. Ranging from small workers’ cottages to stylish houses and including district that revels in variety. A portion of the increased area contains the remains of an African American enclave that developed after the Civil War, as former slaves made the transition to freedom. The district complements the important renovation of the adjacent old Petersburg High School into a regional Governor’s School.
[VLR Listed: 6/16/1999;NRHP Listed: 1/10/2000]