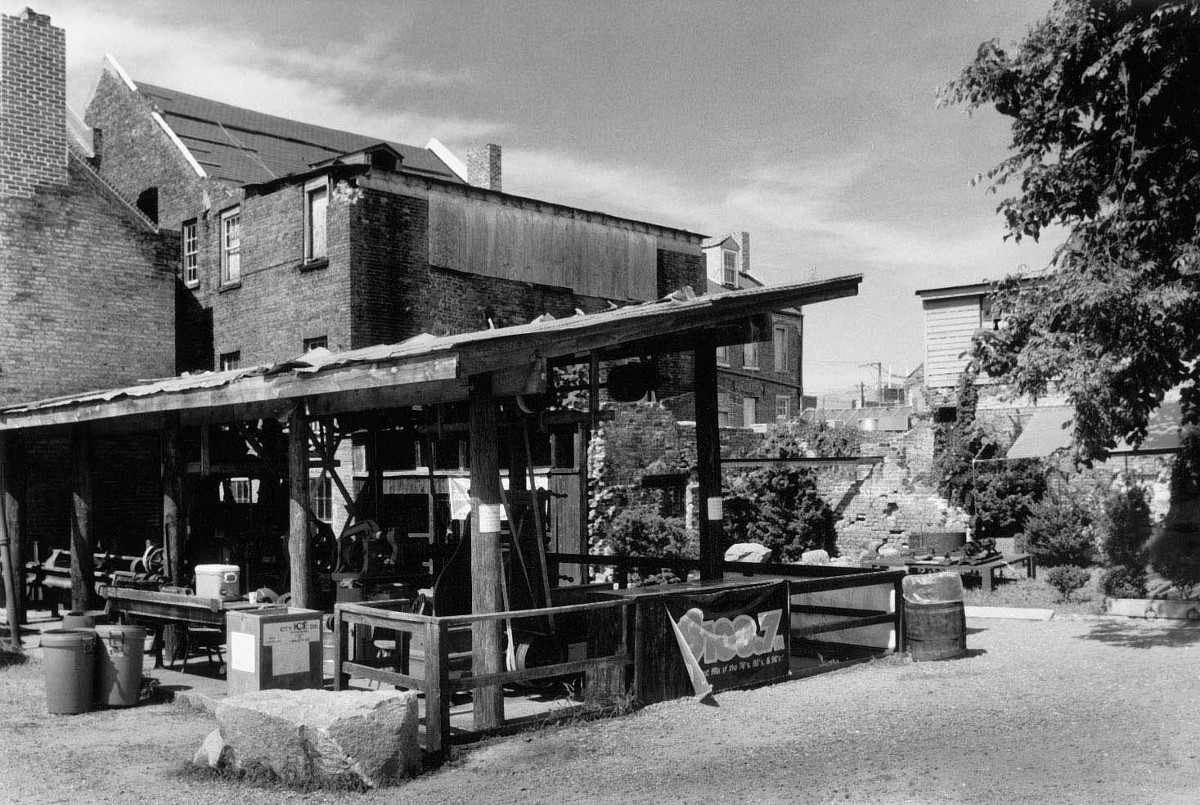 This complex of some nine functionally related structures forms one of the country’s most complete physical records of an early iron foundry. The buildings are part of a block of Federal-period commercial/residential structures lining Old Street in the heart of the city. Although the principal buildings were not originally intended for industrial use, iron was worked here as early as 1812. The Appomattox Foundry Company, as it was first called in 1876, began at 33 Old Street but moved to its present location in 1896. The foundry building was erected in 1897. The foundry business continued until 1946 and the machine shop operated until 1952. The mill and supply store closed down in 1972, leaving an undisturbed collection of archives, patterns, molds, tools, machines, and other associated objects. Now owned by the Center for Industrial Preservation, the property is being developed for retail and museum use.