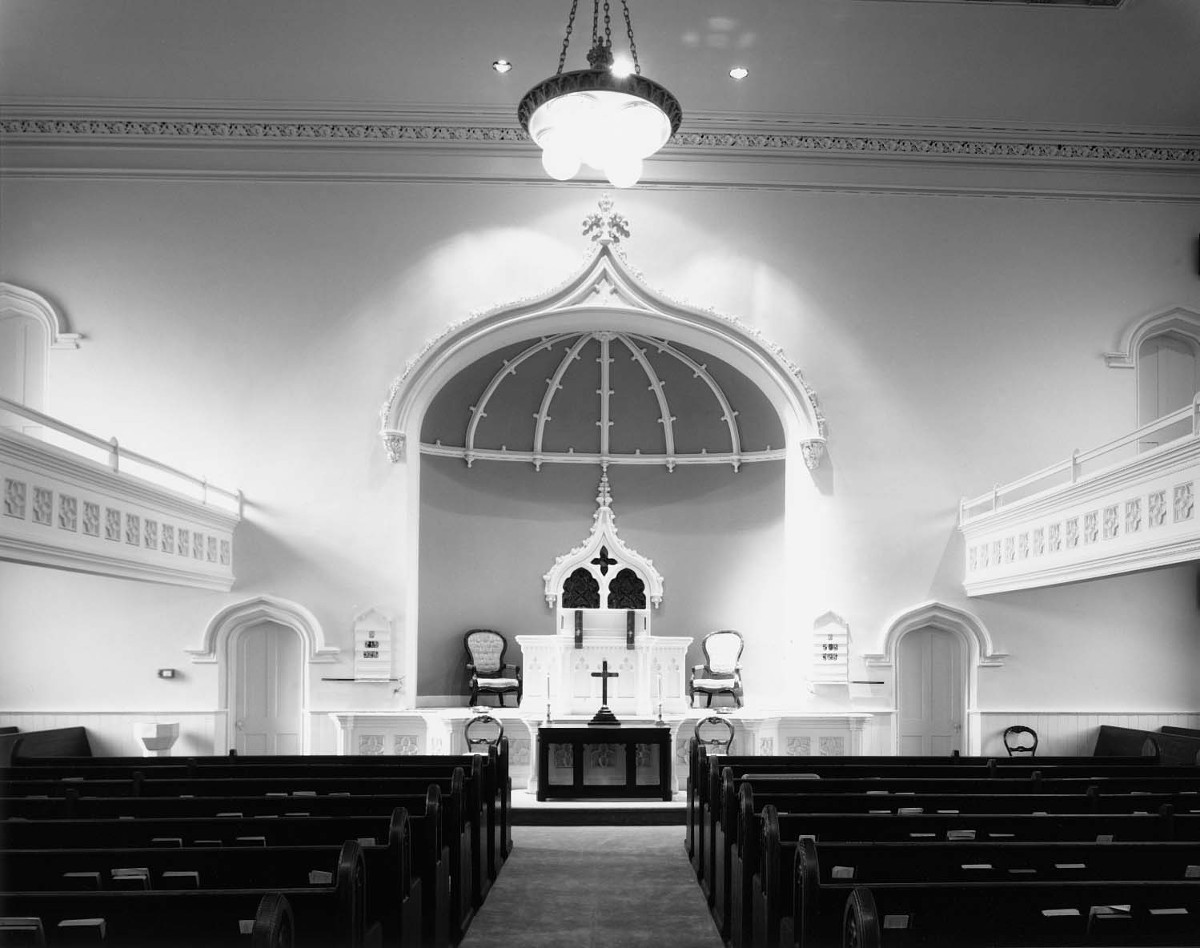 Second Presbyterian Church was begun in 1861, in the opening months of the Civil War, when construction in Virginia had all but ceased. Its design is credited to the Rev. Theodorick Pryor, the church’s pastor. The exterior, a typical work of mid-19th-century Gothic Revival, originally had a spire above its crenelated belfry, but it was toppled by a storm in 1862. The present spire was erected in 1984. The church was hit by a Union shell during a service in 1865, but it failed to explode. The main glory of the church is the interior, which has some of the richest Gothic-style plasterwork in the state. Its focal point is the rostrum emphasized by a massive central pulpit and a ribbed vaulted apse crowned by an ogival arch.  The church is located in the listed Folly Castle Historic District.