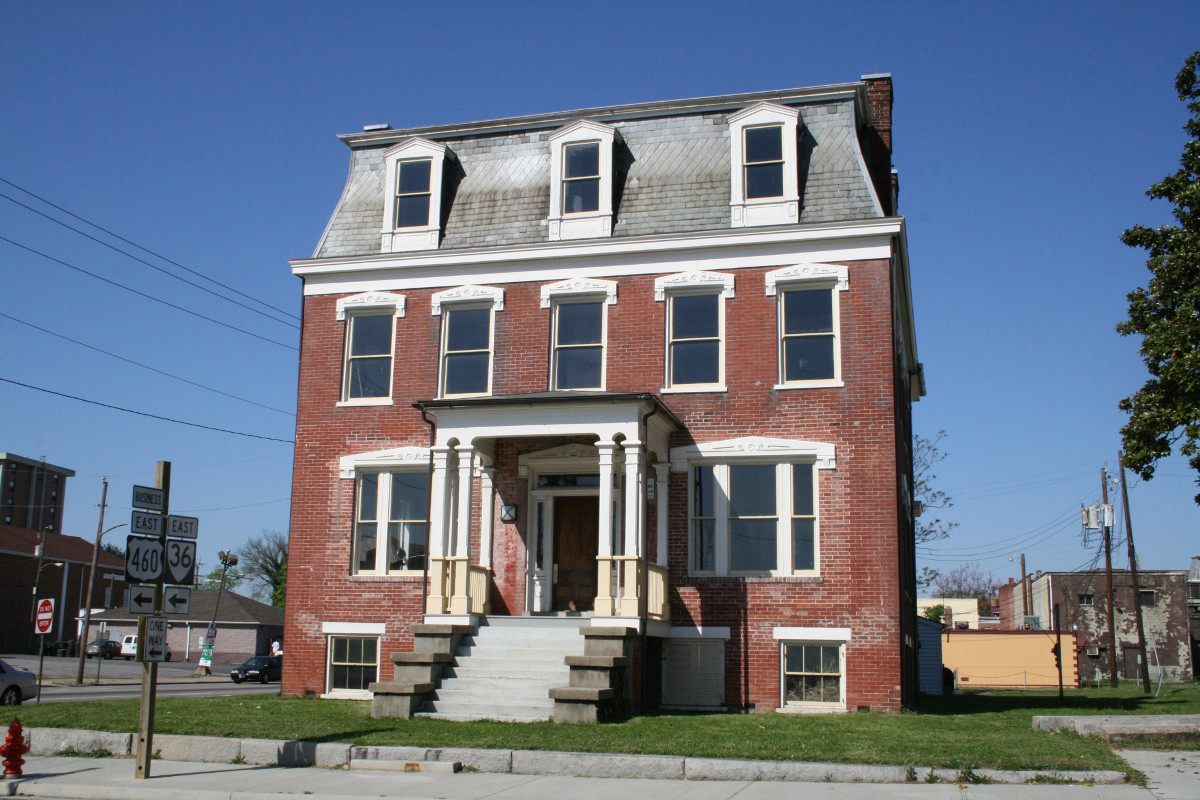 Despite being built in 1851 for Joseph Williams, the Charles Cohen House in Petersburg was named for its fourth owner, who was responsible for its current Second Empire-style appearance. Cohen’s 1898 renovation used the style’s characteristic mansard roof as a fashionable and economic way to add living space in a third story. Cohen was a prominent local merchant, though his business interests extended into North Carolina as well, with the formation of the Great Falls Water Power, Manufacturing and Improvement Company. He moved to Richmond in 1900, where he established a dry goods company, and then to New York City in 1911, where he and his son Jacob formed a textile company. He died in New York in 1915 but is buried in the Jewish cemetery in Petersburg, the city of his birth. The Cohen house was sold out of the family in 1939, after which it declined, but has undergone an extensive rehabilitation.