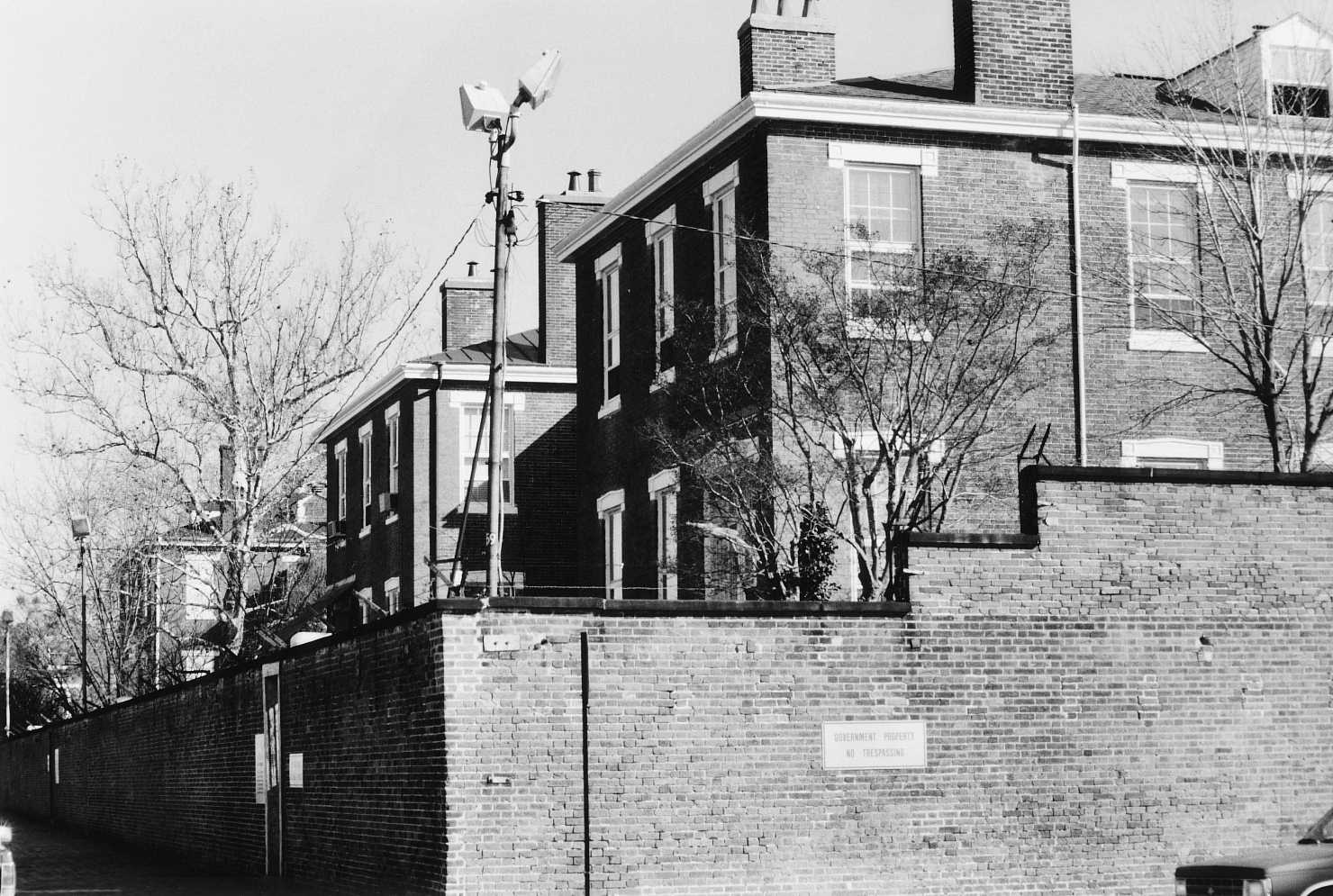 These three tall houses, located behind a high brick wall on the edge of the Norfolk Naval Shipyard, were erected between 1837 and 1842 to serve as residences of the shipyard’s commanding officers. Many of their details, mostly in a Greek Revival idiom, follow designs illustrated in the architectural pattern books of Asher Benjamin. The three houses survived the 1861 burning of the shipyard by evacuating Union forces and a burning the next year by departing Confederates. Well maintained, they still house the shipyard’s ranking officers, with Quarters A, the largest of the three, traditionally serving as the commandant’s house. The installation continues as the U. S. Navy’s principal east coast shipyard.