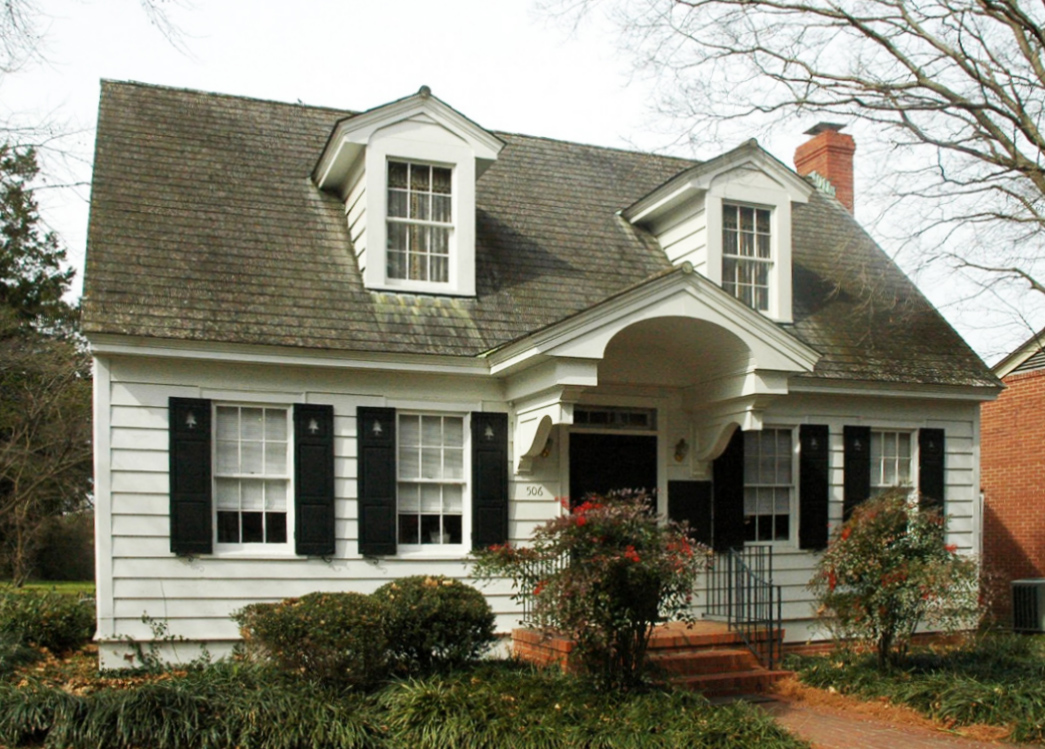 The Fort Nelson Chapter of the Daughters of the American Revolution Chapter House was constructed in 1935 in Portsmouth. The building appears as a typical Tidewater-style house, with its one-and-a-half stories, prominent external chimney, and symmetrical façade, and exemplifies the Colonial Revival architectural trends of the 1930s. It stands as an important representative of women’s history in Virginia. The Daughters of the American Revolution is a women’s institution focusing on historic, educational, and patriotic objectives in American culture, founded in 1890 as a response to the exclusion of women from the Sons of the American Revolution. The Fort Nelson Chapter of the DAR, named after a nearby fort built during the Revolutionary War, was founded May 9, 1896, and was the tenth Virginia chapter formed. Though other chapters had acquired existing buildings for their meetings, the Fort Nelson chapter house is the first purpose-built house for a DAR chapter in Virginia, and it is still operational today. Its style was influenced by many sources, but draws heavily on the architecture indigenous to its location.