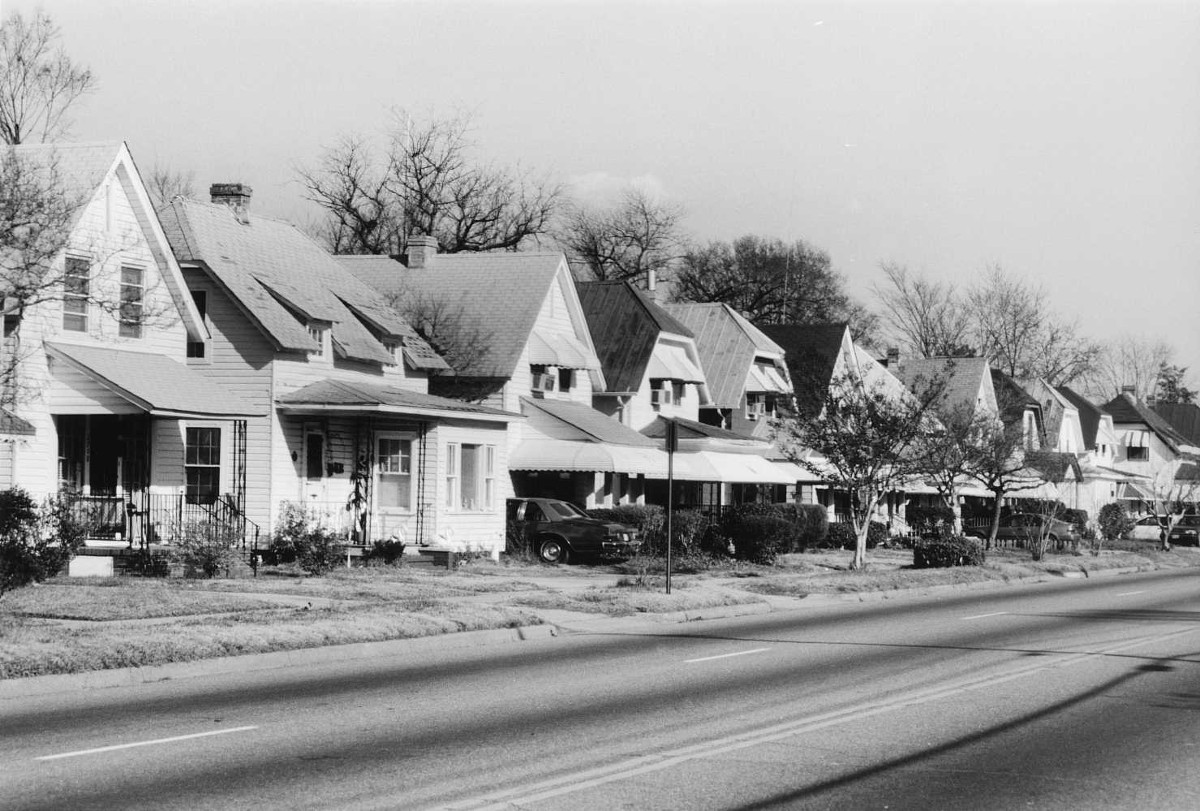 Truxtun was the country’s first wartime government housing project constructed exclusively for blacks. Named for Thomas Truxtun, an early naval hero, the forty-three-acre neighborhood of some 250 houses was developed in 1918 to accommodate the growing work force at the Norfolk Naval Shipyard. Truxtun exhibits the high planning standards of the U.S. Housing Corporation, the federal agency that financed and built the community as a model village. The residential streets are characterized by closely spaced dwellings with varied roof forms, so arranged that a repeated pattern is barely discernible. Unlike the generally primitive conditions endured by most urban blacks, Truxtun’s houses boasted indoor plumbing and eclectic lights. The principal architect was Rossell Edward Mitchell of Norfolk, with H. P. Kelsey serving as chief planner. Though it has undergone moderate alterations, Truxtun retains much of its original character and is still a primarily African American neighborhood.