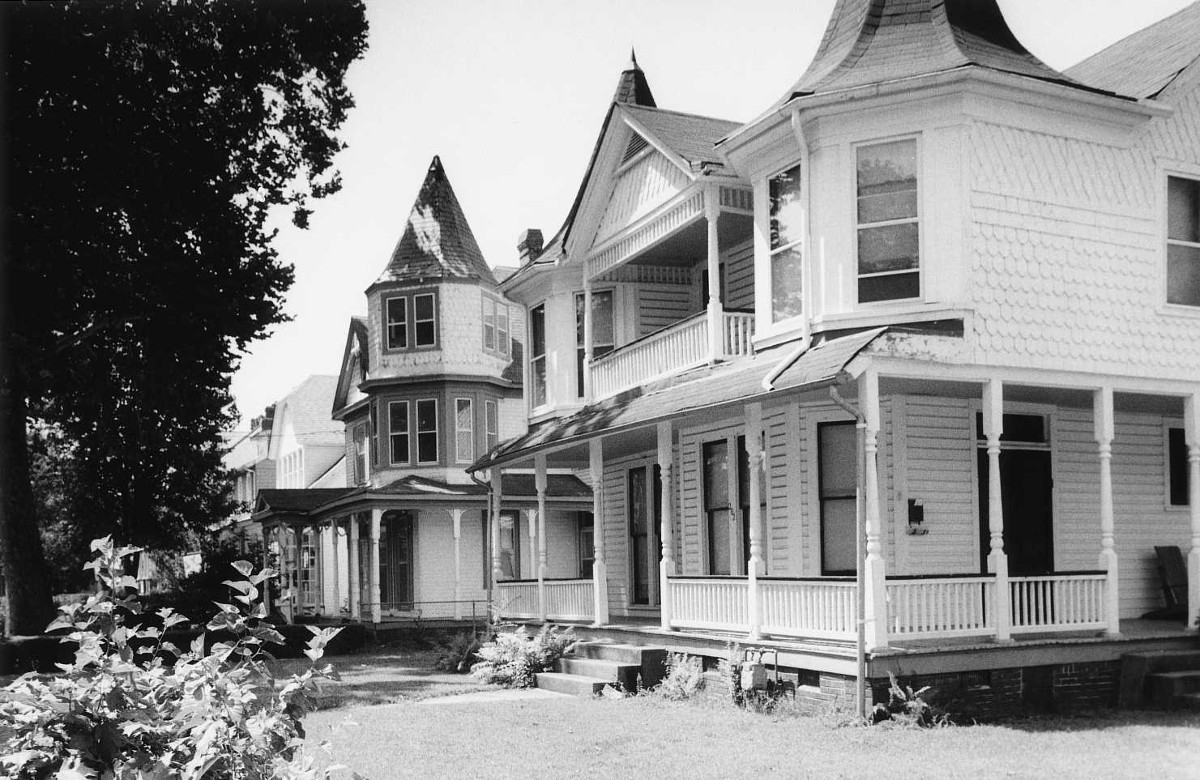 Port Norfolk exemplifies late 19th-century efforts to accommodate the growing demand for uncrowded neighborhoods conveniently located near shops, recreational areas, churches, and places of employment. Bordered on the north by the Elizabeth River, Port Norfolk began as a planned suburb consisting mostly of freestanding wooden houses. Building types range from elaborate Queen Anne piles to the ever-popular bungalows. The area served successively as the glebe of Portsmouth Parish and Trinity Church, a strategic landing point in the British capture of Portsmouth and Norfolk during the Revolution, a farm, and finally a mixed-used community. Beginning in 1890, with the formation of the Port Norfolk Land Company, and continuing to ca. 1920, the community grew to its present form consisting of streets of healthful and attractive housing for employees of nearby railroad and shipping facilities. The area remains a cohesive, well-maintained neighborhood.