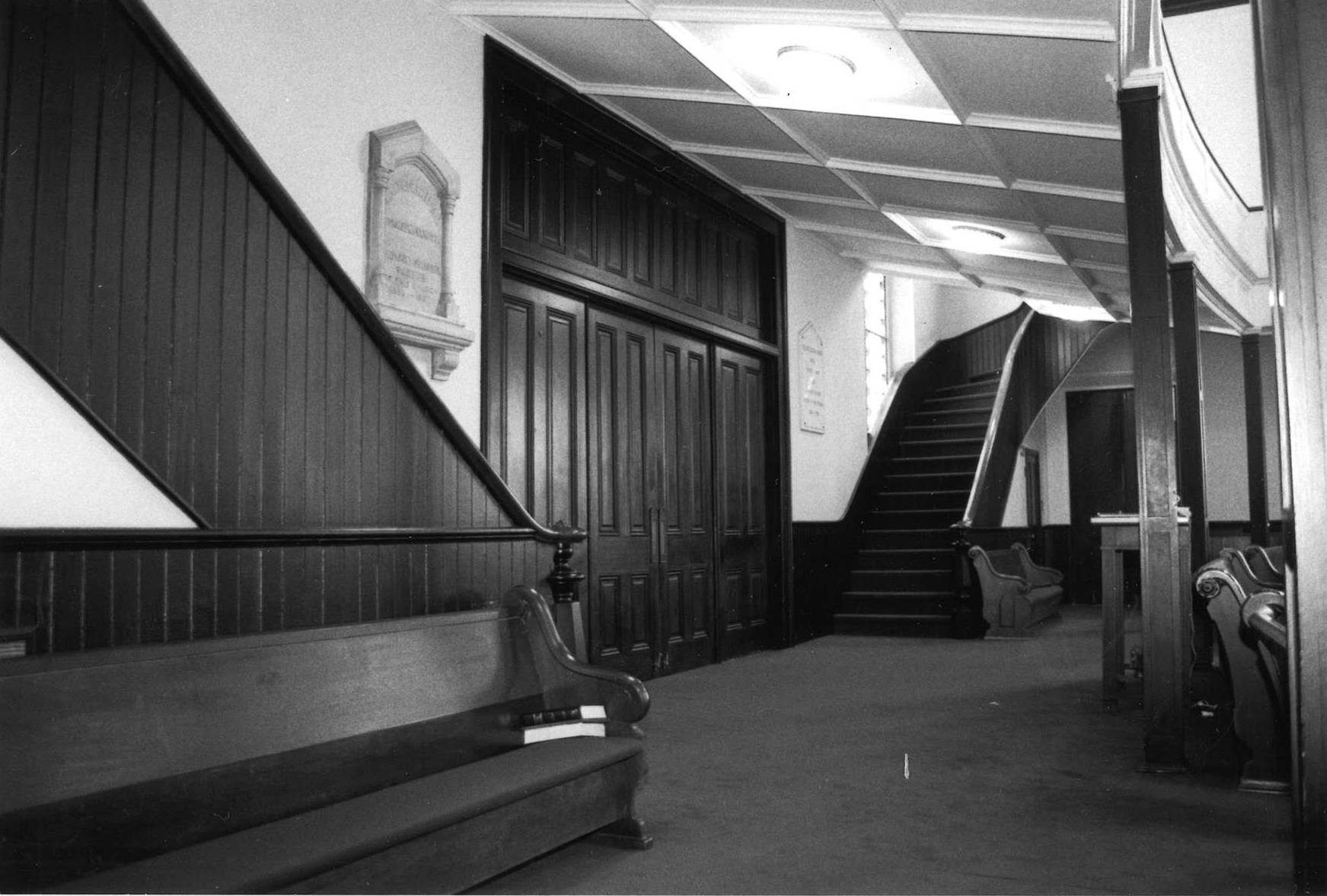 Monumental Methodist Church, home of the oldest continuously meeting Methodist congregation in the South, is situated at the corner of Dinwiddie and Queen Streets in Old Towne Portsmouth Historic District. A 186-foot-high, two-part central tower dominates the facade of the five-bay, brick-and-stucco Victorian Gothic church. The sanctuary’s gable roof and the tower’s exterior are covered in slate. Richmond architect Albert Lawrence West (1825–1892) designed the church, which was built between 1874 and 1876 on the foundations of an earlier 1831 structure that burned in 1864. A brick, cinderblock, and concrete Sunday school building was added to the back of the sanctuary in 1954. The interior is unchanged except that the organ was moved from the center balcony in the tower to the large Gothic niche at the front of the church in 1898, and early in the 20th century paneled wood replaced the wrought iron that surrounded the balconies.