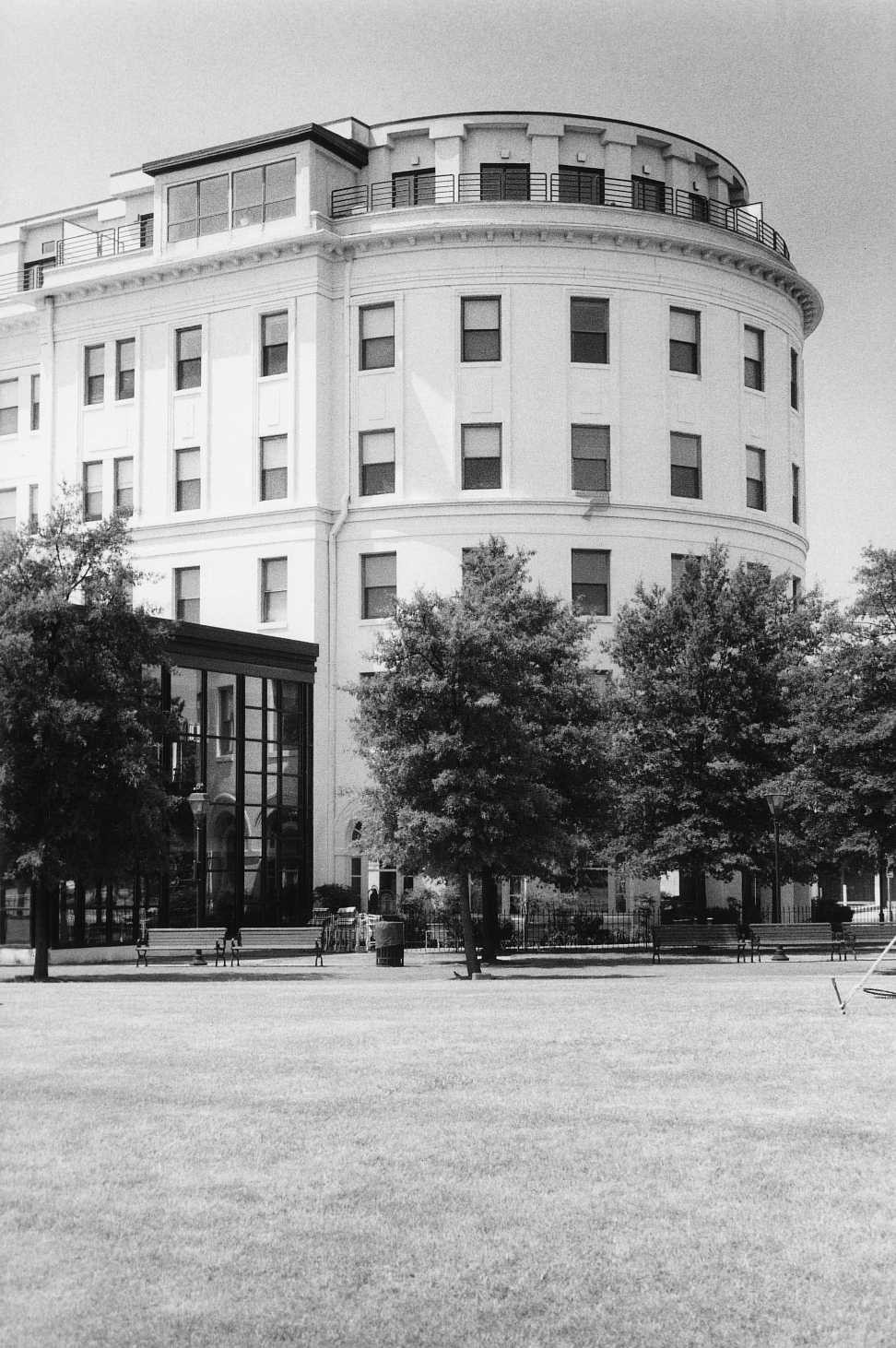 A dominant landmark of the Portsmouth waterfront, this curved-front structure has been a symbol of the link between rail and sea commerce in Hampton Roads. Erected in 1894-95 and enlarged in 1914, the building served as the northern terminus and headquarters of the Seaboard Air Line railroad. This railroad transported to Portsmouth much of the South’s cotton crop for shipment abroad. It also serviced the West Virginia coalfields, the steel mills of Alabama, and the fruit and produce groves of Florida. The Seaboard Air Line later merged with the Atlantic Coast Line railroad. The offices of the resulting Seaboard Coastline Company were moved to Richmond in 1955 and the rail network eventually became part of the CSX system. The building was donated to the city in 1958 and housed municipal offices until 1980. It subsequently underwent a certified rehabilitation for mixed use.