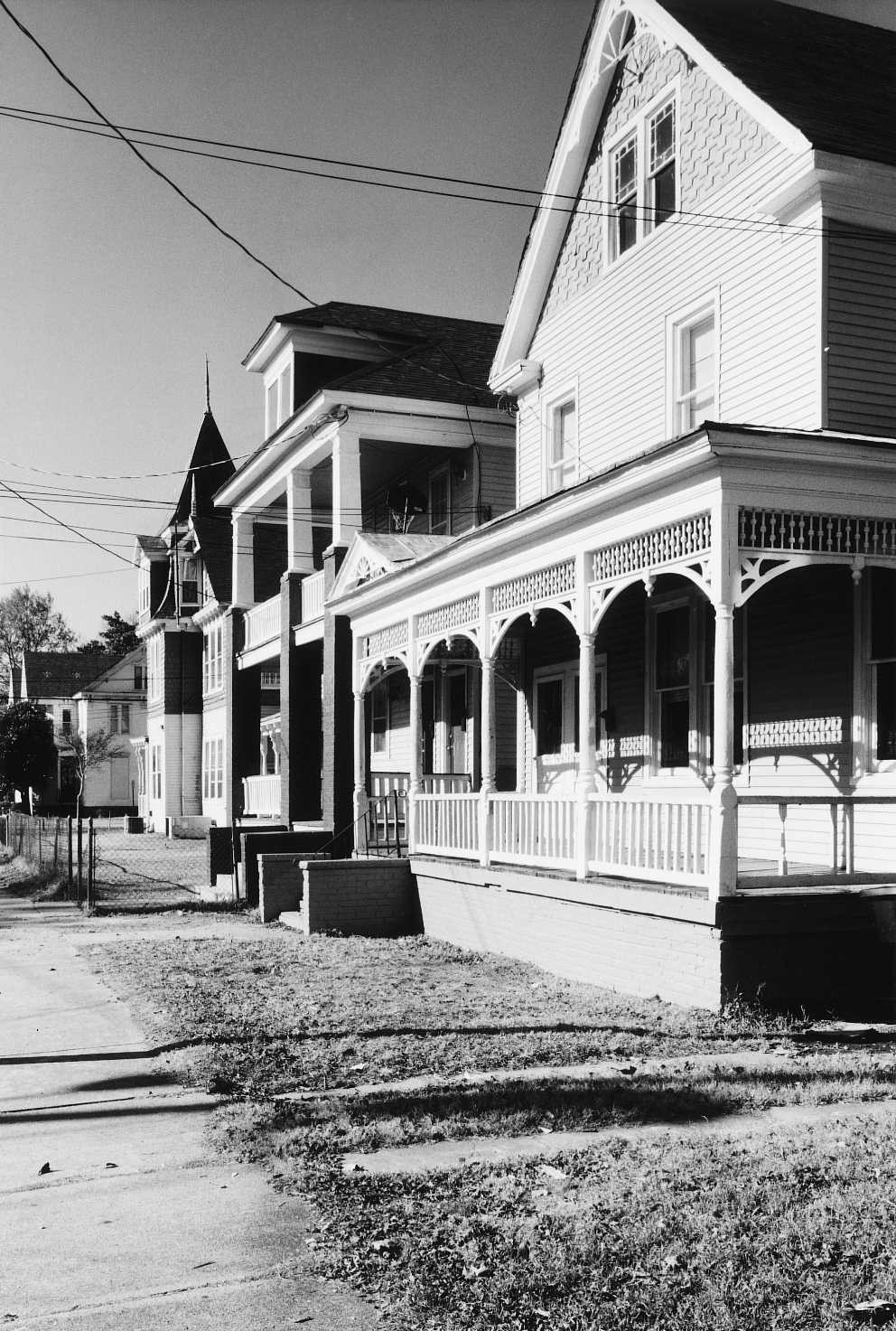 The grid-plan Park View neighborhood was laid out between 1888 and 1892 as one of the first residential neighborhoods outside of Portsmouth’s original 18th-century core. Its development was facilitated by the extension of the electric trolley line to the Portsmouth Naval Hospital. Park View took its name from the hospital’s park, a popular public amenity. Many of its early residents were affiliated with the hospital. Most of the houses were built in the two decades following Park View’s annexation in 1894. The district’s 310 structures form a cohesive but interestingly varied mix of styles. The majority are wood and are graced by front porches which served as summer living rooms and lent a sociable atmosphere to the streets. The district boasts numerous architecturally lively Queen Anne houses replete with towers, gables, and varied surface materials. Park View is now protected by local historic zoning.