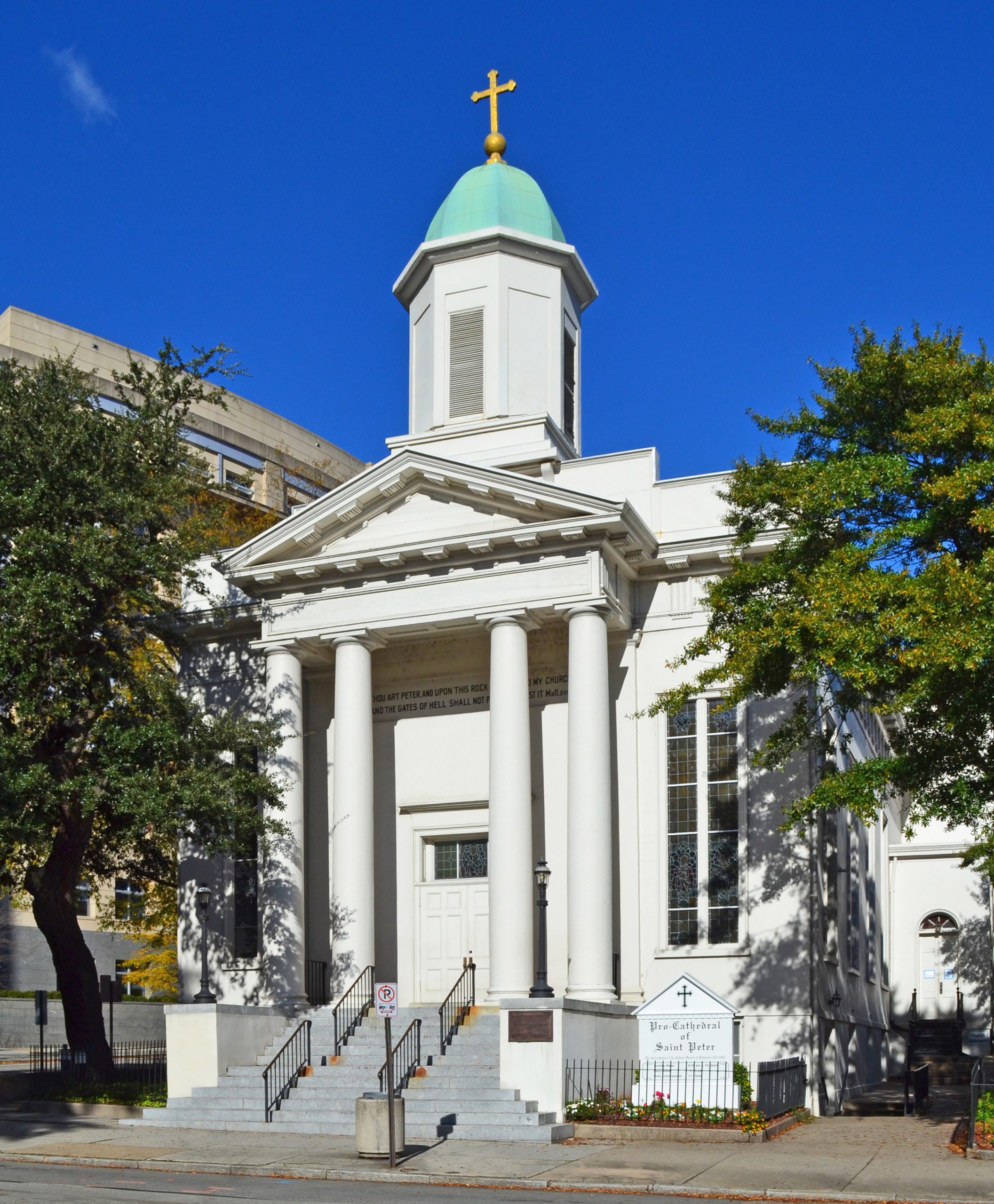 St. Peter’s Church was built in 1834 under the guidance of Father Timothy O’Brien, and is the city’s oldest Roman Catholic church. The Classical Revival building has unusually tall proportions with a façade dominated by a portico of paired Roman Doric columns. Topping the church is an octagonal belfry. Many of St. Peter’s first members were Irish and Germans who helped build the James River and Kanawha Canal. Although a bishop was assigned to Richmond as early as 1829, one did not take up residence here until 1840. St. Peter’s was declared the cathedral of the Diocese of Richmond the following year. Under Bishop John McGill, who came in 1850, the apse and transepts were added in 1855. St. Peter’s retained cathedral status until 1906 when the Cathedral of the Sacred Heart was opened. The church continues to serve a downtown parish.