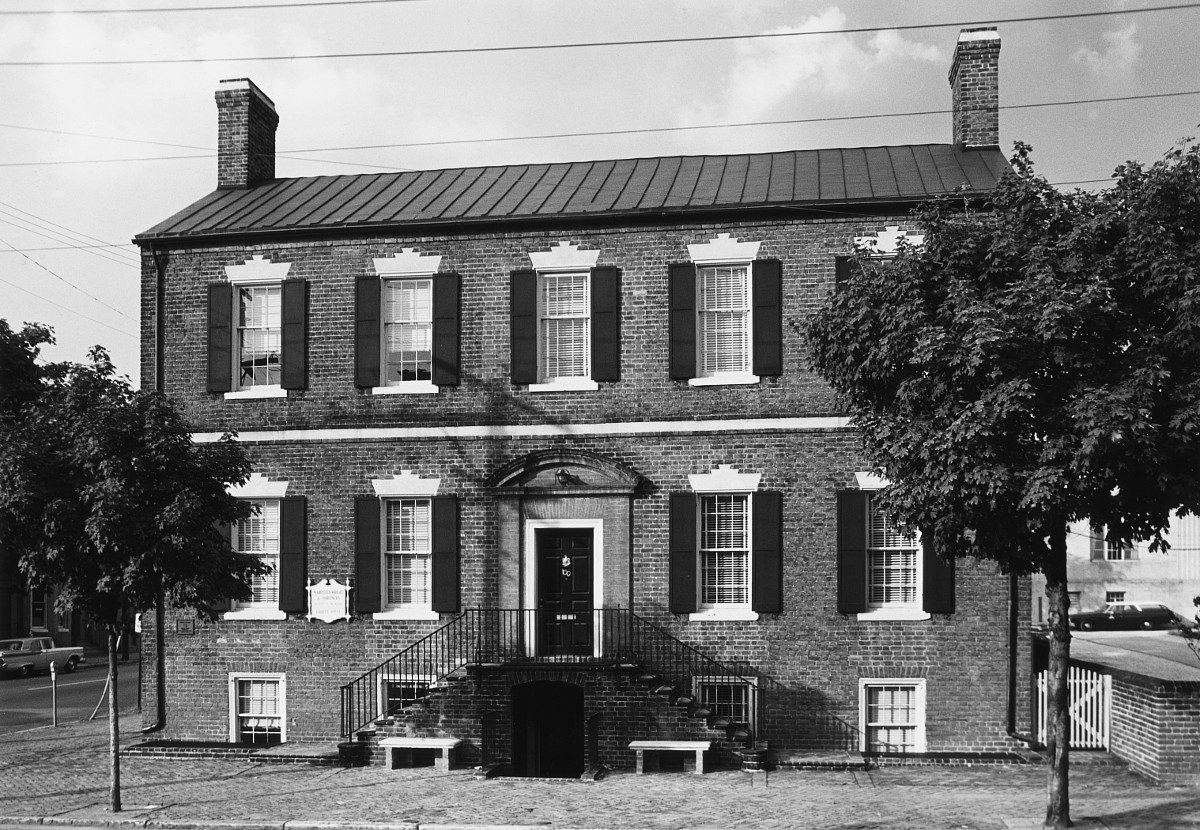 A familiar Main Street landmark, this dignified brick house was built ca. 1815 by Curtis Carter, a local brickmason and contractor, as his own home. The five-bay structure has more of the appearance of a prosperous farmhouse than an urban dwelling, making it exceptional among downtown Richmond’s early dwellings. From 1828 to 1832 it served as the home of French-born engineer Col. Claudius Crozet. Appointed engineer of the state of Virginia in 1823, Crozet mapped watercourses and planned highways, railroads, canals, and tunnels. He is perhaps best remembered as the engineer of the first tunnel through the Blue Ridge Mountains and as one of the founders of the Virginia Military Institute. The house was restored by architect Edward F. Sinnott in 1940 when it received its colonial-style brick doorway. Most of the original, somewhat plain, interior woodwork survives.