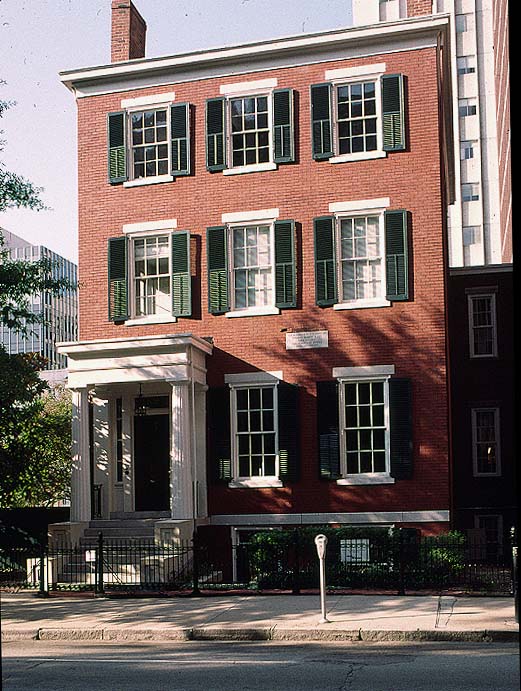 This town house briefly served as the home of Robert E. Lee after the surrender at Appomattox. Almost the sole survivor of the scores of Greek Revival dwellings that once lined the streets of downtown Richmond, 707 E. Franklin Street was begun in 1844 for Norman Stewart, a tobacco merchant from Rothesay, Scotland. After the outbreak of the Civil War, Stewart’s nephew, John Stewart, rented the house to Gen. Custis Lee to serve as a bachelor officers’ quarters. In 1864 the house was given over to Robert E. Lee’s wife and daughters, left homeless after the federal government confiscated Arlington. In June 1865 Lee, seeking privacy after years of war, moved his family from here to Powhatan County. The Stewart family presented the house to the Virginia Historical Society in 1893 for its headquarters. The building is now owned by the Historic Richmond Foundation.