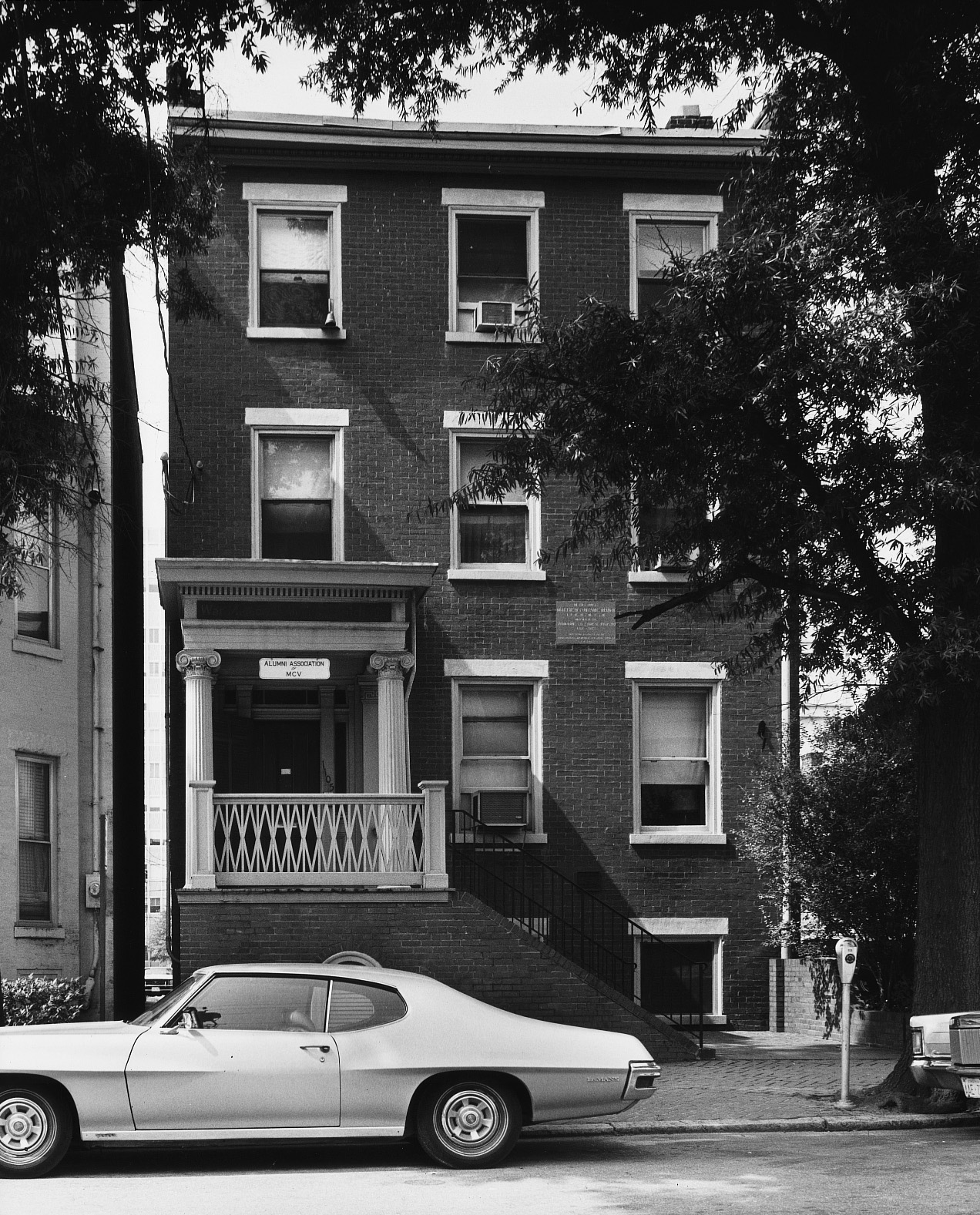 Dr. Socrates Maupin, builder of the house in 1846, was one of the founders of the medical department of Hampden-Sydney College, now the Medical College of Virginia. When Maupin resigned to chair the faculty at the University of Virginia in 1853, he sold his house to a cousin of Matthew Fontaine Maury, the “Pathfinder of the Seas.” Maury made his home there for the summer of 1861, and while there carried on his experiments with the submarine torpedo. In 1993 the house was dismantled and re-erected a block away using only selected elements of the woodwork, resulting in its delisting from the registers.