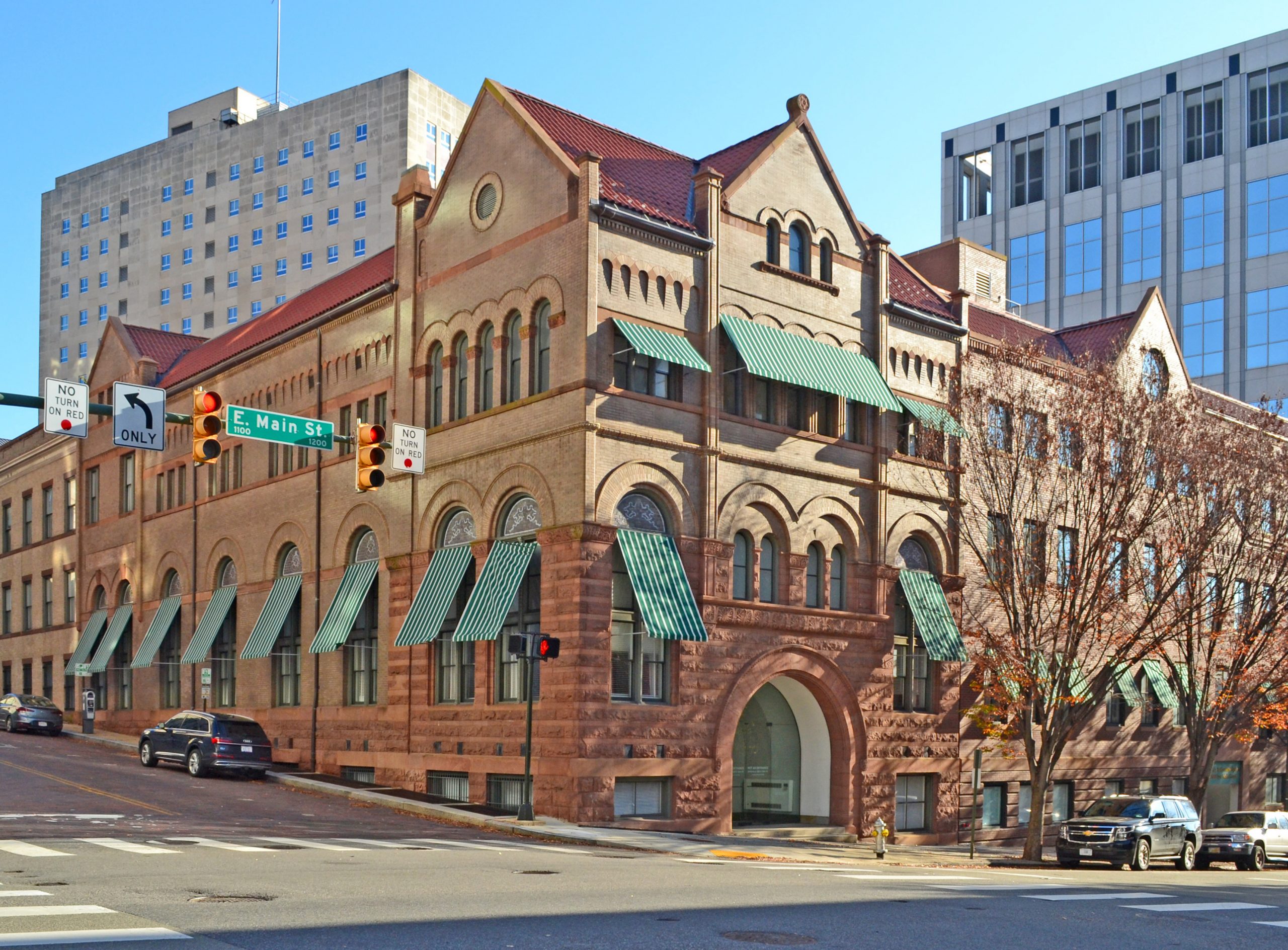 Originally built as the State Planters Bank, this robust brick and brownstone pile in the city of Richmond’s Main Street financial district, is a highly original expression of the Romanesque Revival. It was designed in 1893 by Charles H. Read, Jr., who fought in the battle of New Market while a Virginia Military Institute cadet. He later studied at the University of Virginia. Read contributed several other exemplary buildings to Richmond, including the Union Theological Seminary quadrangle. Among the first of the grand banks to be built in Richmond, Planters exemplifies the Romanesque qualities of permanence and fortress-like protection. Rescued in the 1980s even after demolition by the state had begun, the building was carefully restored as the headquarters of the Virginia Retirement System. The project included the construction of an architecturally harmonious office wing with parking deck attached to the east side.