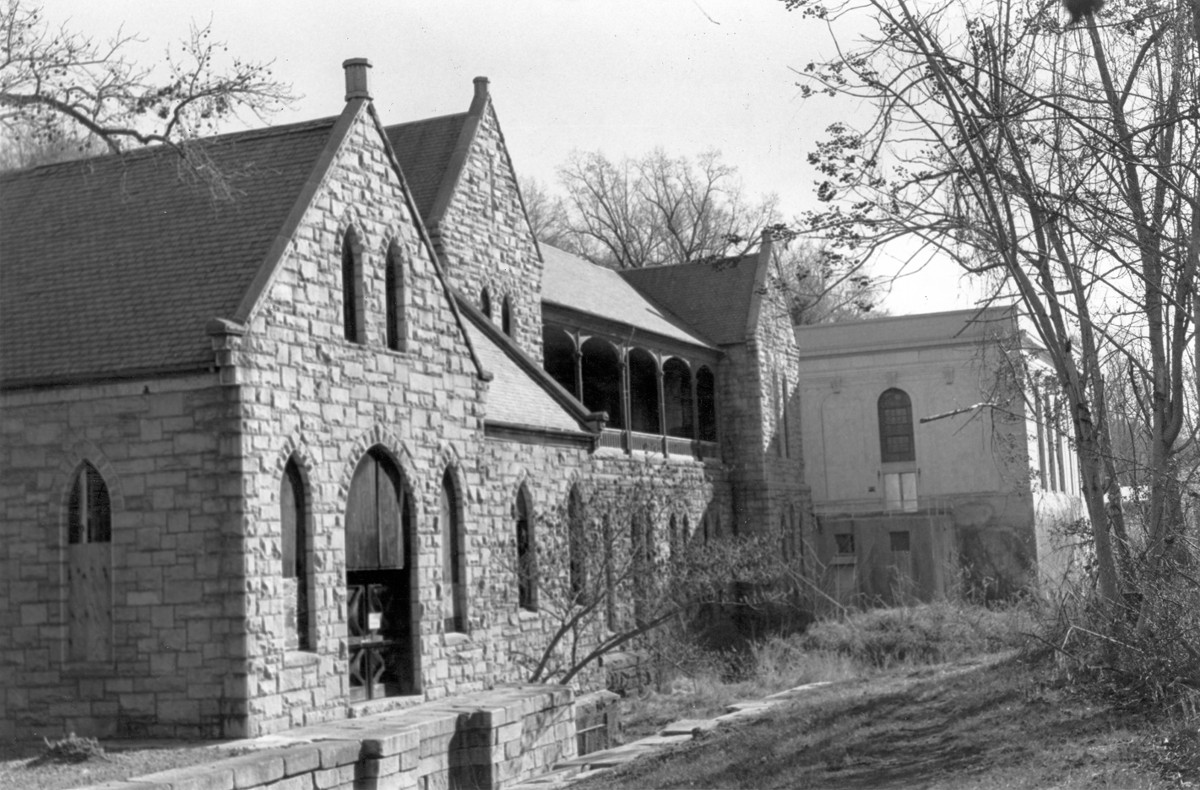 The New Pump-House is an exuberant Gothic Revival building completed in 1881 to pump water from the James River and Kanawha Canal into a reservoir in nearby Byrd Park. It was designed and constructed by Col. Wilfred Emory Cutshaw who was Richmond’s city engineer from 1873 until his death in 1907. In addition to the pump works in its massive basement, the building housed a fanciful pavilion on the upper floor for parties and gatherings. The New Pump-House operated until 1924. Since that time, the building has deteriorated despite several attempts to put it to new uses. At the time of listing in the registers, the Historic Richmond Foundation entered into an agreement with the city to increase public awareness of the building’s importance, to document its condition, and to acquire funding to prepare a plan for its preservation and adaptive use.