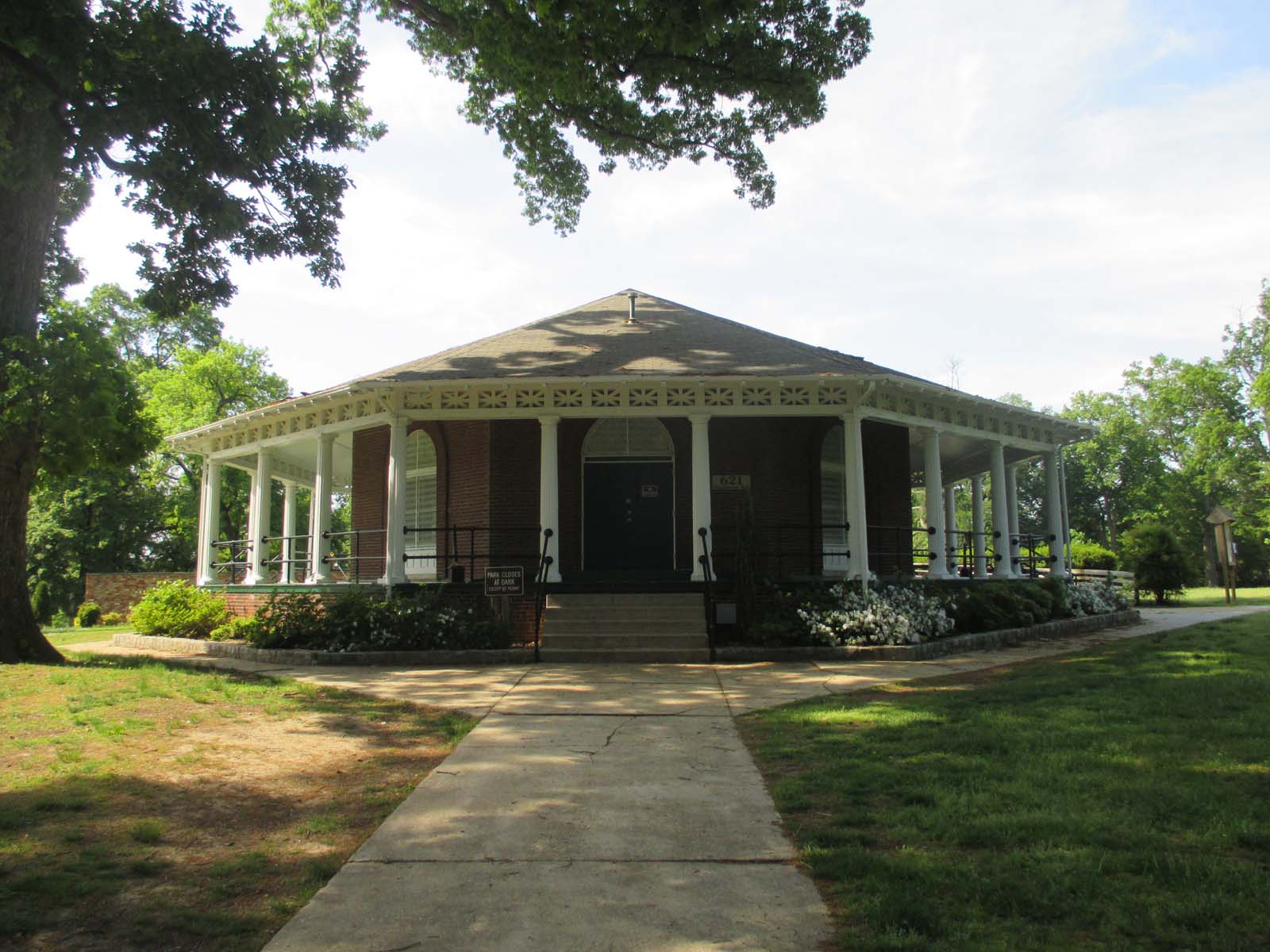 Sometimes referred to as Richmond’s “Central Park,” William Byrd Park at about 275 acres is the city’s largest. The park began during the Reconstruction era in 1874, when the city acquired land for it under the guidance of Col. Wilfred Emory Cutshaw, Richmond’s city engineer from 1873 to 1907. During Reconstruction, Cutshaw oversaw responsibility for the significant improvements Richmond made to its municipal facilities including expanding its park system. His vision inspired creation of a major municipal park around the city’s new reservoir. Accordingly, William Byrd Park evolved through a complex process of land acquisition and incremental improvement projects. Byrd Park’s design reflects the influence of the American Parks and the City Beautiful movements, and general picturesque landscaping principles developed during the late 19th and early 20th centuries. The park’s designed and natural areas include tennis courts and ballfields, hiking and biking paths, picnic areas, open spaces and lakes. It also contains the Sheilds-Robinson Cemetery, a reminder of the families who lived on the Poplar Vale property that became the eastern side of Byrd Park. Among the park’s 39 contributing historic buildings, structures, and objects are the American Legion Memorial Flagpole and the Virginia War Memorial Carillon (the state’s official World War I memorial). The park remains an important recreational, social, and ceremonial gathering place for residents of the city and the surrounding region.