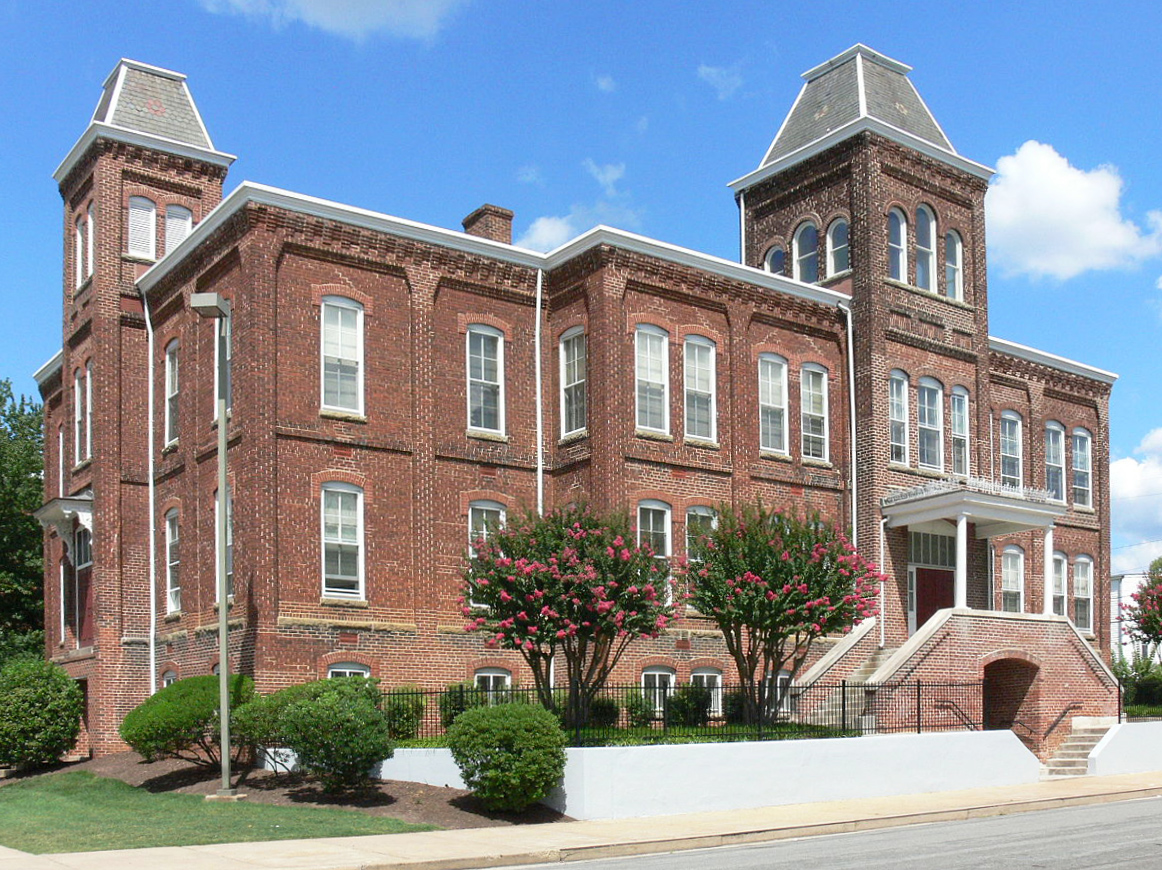 Built circa 1895 in a simplified style with Gothic Revival details, the Fairmount School is one of two such schools remaining in Richmond (the other is Randolph School, listed in 1984). The building includes two subsequent additions, one from 1908-09, designed by the noted Richmond architect Albert F. Huntt; the other, a 1915-16 design by prominent architect Charles M. Robinson. Located in a north Church Hill neighborhood, the school was originally in—and named for—Henrico County’s Fairmount District. In 1906 the city annexed the district. Following the 1954 Brown v. Board of Education decision, Richmond officials, adhering to a doctrine of “massive resistance,” deflected desegregation by significantly realigning the city’s schools. In 1958 officials closed nine schools that were likely candidates for integration, and arranged a system of tuition grants for white students to avoid integrated schools. Students also were shifted throughout the city system to preserve segregation. Illustrating this shift, Fairmount School—then called Helen Dickinson School—was converted to an African American school, a move that reflected hardening attitudes on the part of city officials, as well as a demographic shift in the population of north Church Hill from predominately white to black.