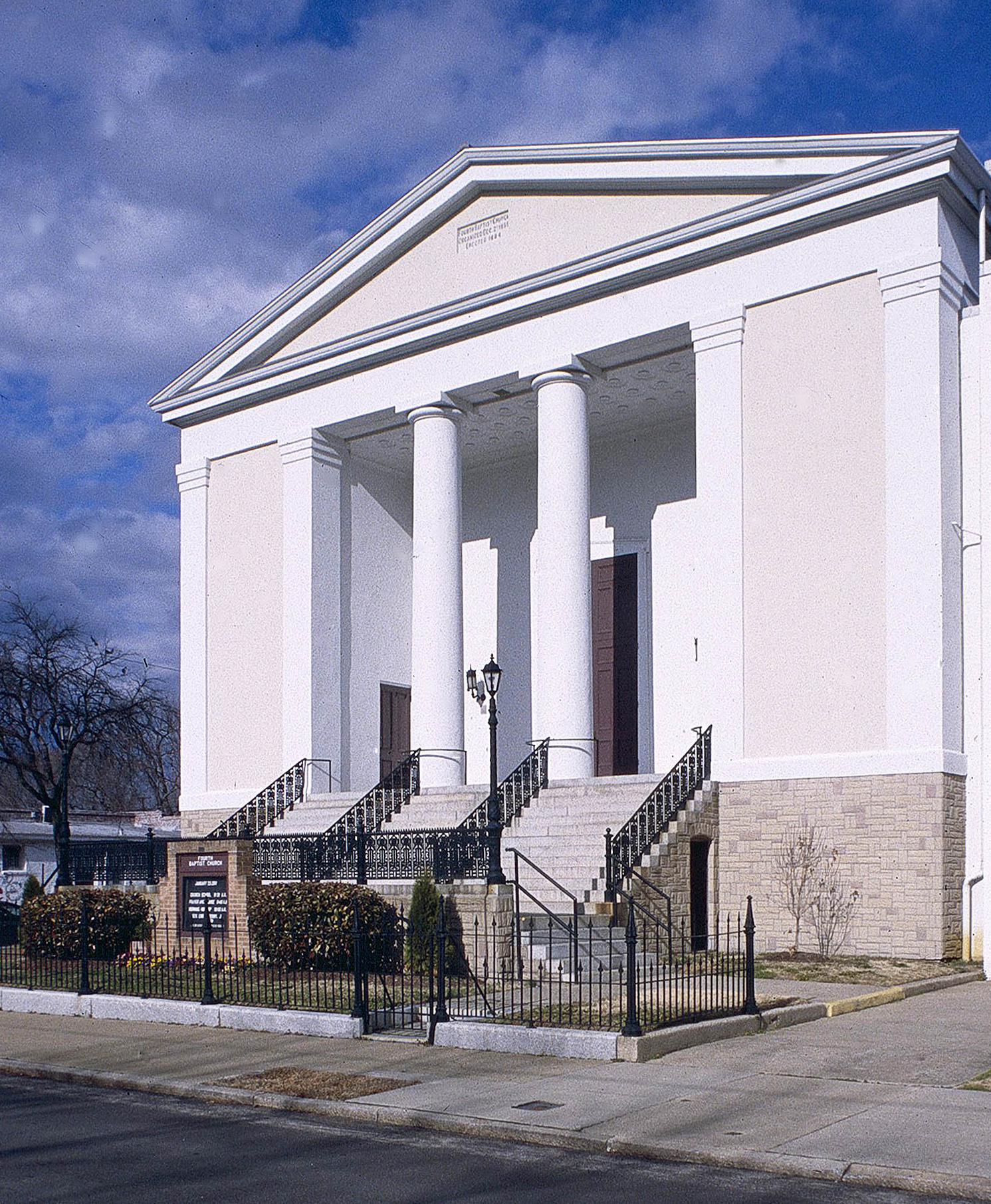 Richmond’s Fourth Baptist Church is a symbol of black religious strength in the Confederacy’s former capital during the decades following emancipation. The congregation began as a regular assembly of slaves in their quarters and transferred to the basement of Leigh Street Baptist Church in 1861. In 1865, under the leadership of the Rev. Scott Gwathmey, the congregation built its own church with lumber salvaged from Union barracks. This was replaced in 1875 by a simple frame church. The 1875 structure burned in 1884, a month before the completion of the present church. Situated on the northern side of Church Hill, the present building boasts a stylish Victorian interior behind a plain but dignified Greek Revival exterior inspired by Richmond’s Old First Baptist Church. The church continues to house one of the city’s oldest African American congregations.