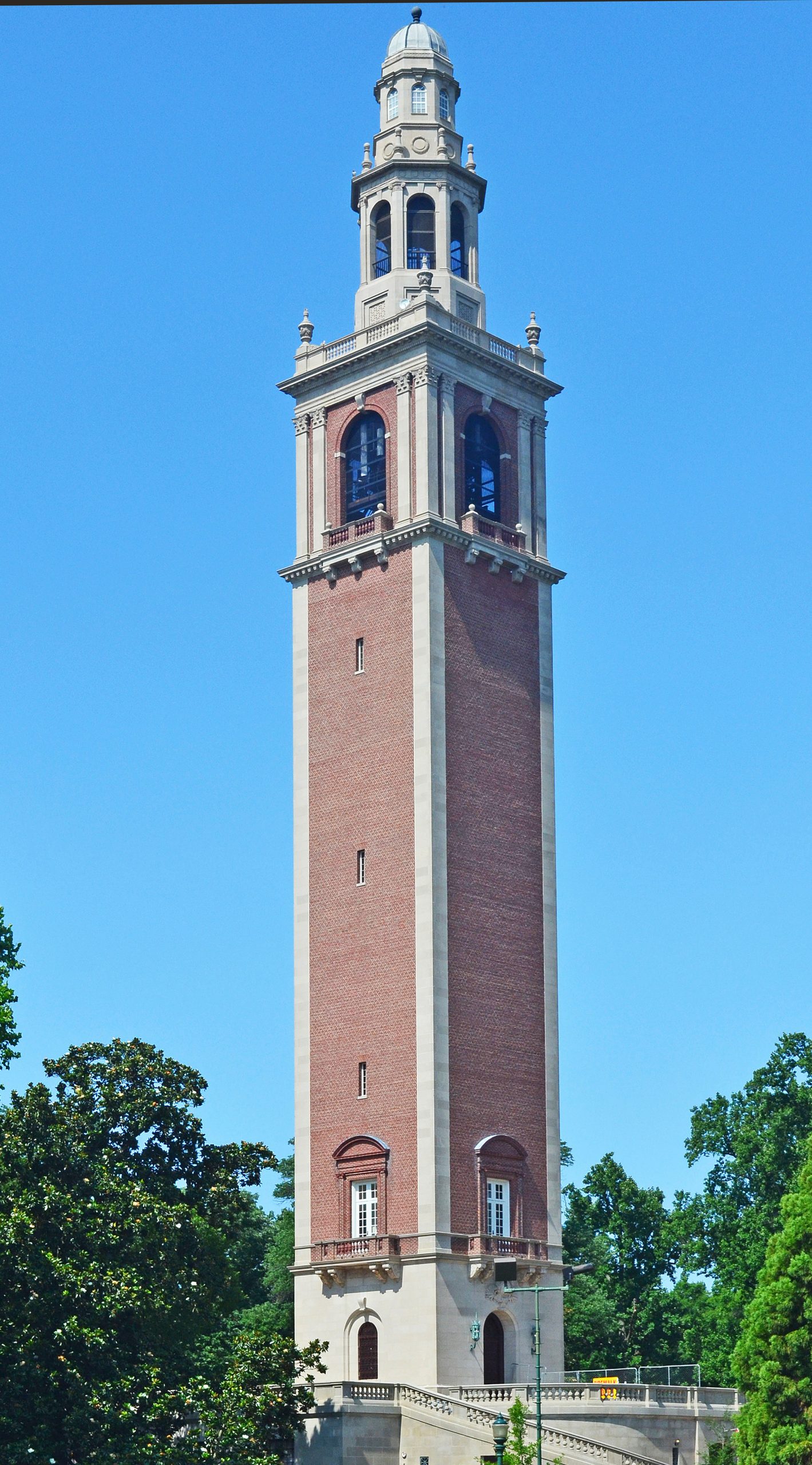 Popularly known simply as the Carillon, Virginia’s War Memorial reflects the patriotic fervor of the 1920s. It was sponsored by the Commonwealth of Virginia to commemorate the “patriotism and valor of the soldiers, sailors, marines, and women from Virginia” who served in World War I. Although a commission to study a design and site was formed as early as 1922, public campaigns altered the initial proposal and delayed completion of the project until 1932. The resulting edifice, designed by the nationally prominent Ralph Adams Cram of the Boston firm of Cram and Ferguson, is a brilliant interpretation of the Italian campanile in Georgian classicism. As stated at the time, the style was chosen expressly because the “Commonwealth of Virginia is the great southern exponent of that noble Colonial architecture.” Its bells were originally intended to ring out patriotic tunes familiar to those whom the structure memorialized.  Located adjacent to the Carillon Neighborhood Historic District, the Virginia War Memorial Carillon anchors the city of Richmond’s William Byrd Park Historic District.