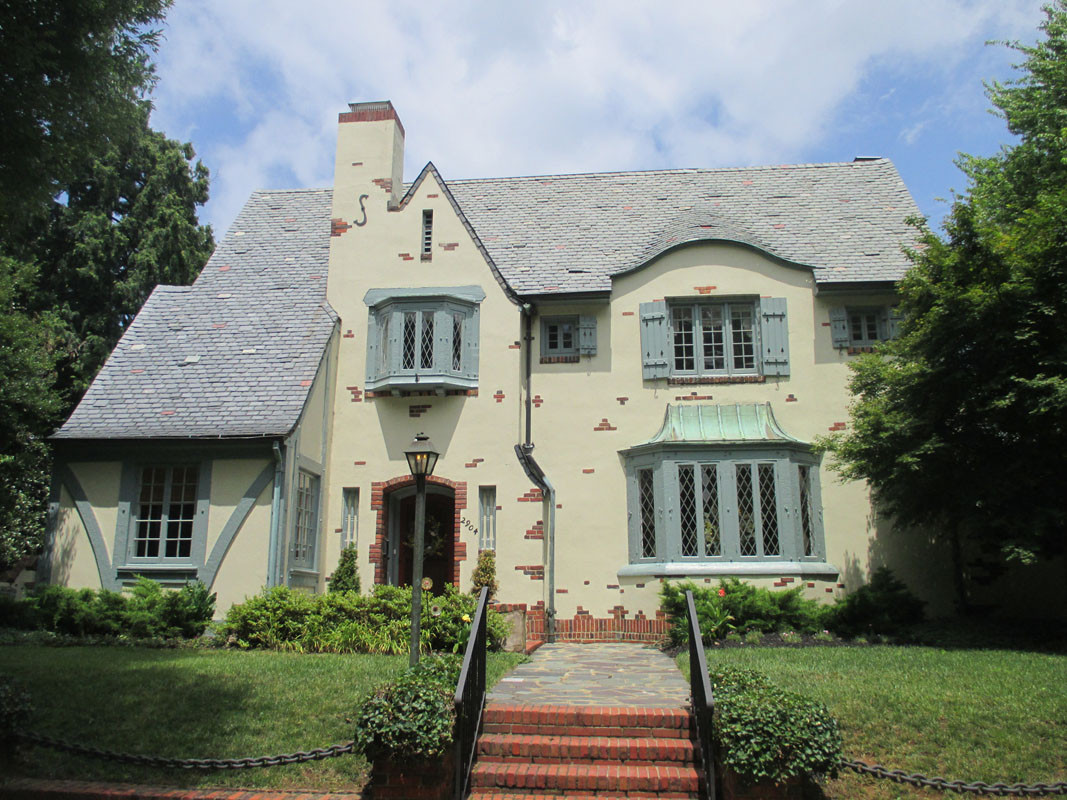 Taking its name from a nearby landmark bell tower, the Virginia War Memorial Carillon, Richmond’s Carillon Neighborhood Historic District comprises approximately 148 acres and 499 contributing historic resources including two churches and an elementary school. The district exhibits historical construction from the late-19th through the mid-20th centuries. Spurred by the ongoing development of adjoining William Byrd Park, the neighborhood took shape during sequential real estate campaigns in the first half of the 20th century beginning with an upscale enclave of revival-style residences in the 1920s, followed by a sprinkling of middle-class dwellings during the Great Depression, and then the rapid growth of hundreds of modest-sized residences and an elementary school during the post-World War II housing boom of the 1940s and 1950s. During the desegregation era of the 1960s and 70s, the neighborhood gained renown when community leaders decided to nurture racial integration, countering the era’s “white flight,” referring to the departure of whites from the Richmond to the suburbs, a pattern occurring in cities throughout the U.S. at the time. As a result, in 1968 white and African American volunteer residents founded the Carillon Civic Association. Over the next decade, CCA waged an active campaign against discriminatory practices that fueled instability, such as block busting and racial steering by real estate companies. The association also supported the city’s transformation of nearby John B. Cary Elementary into an integrated “model school” in 1969. By the mid-1970s, the neighborhood and CCA had gained state and national repute for progressive leadership in housing equality. In 2014, Virginia’s General Assembly passed a Joint Resolution commending the district and the CCA for its significant social history and ongoing civic engagement on the occasion of its 45th anniversary.