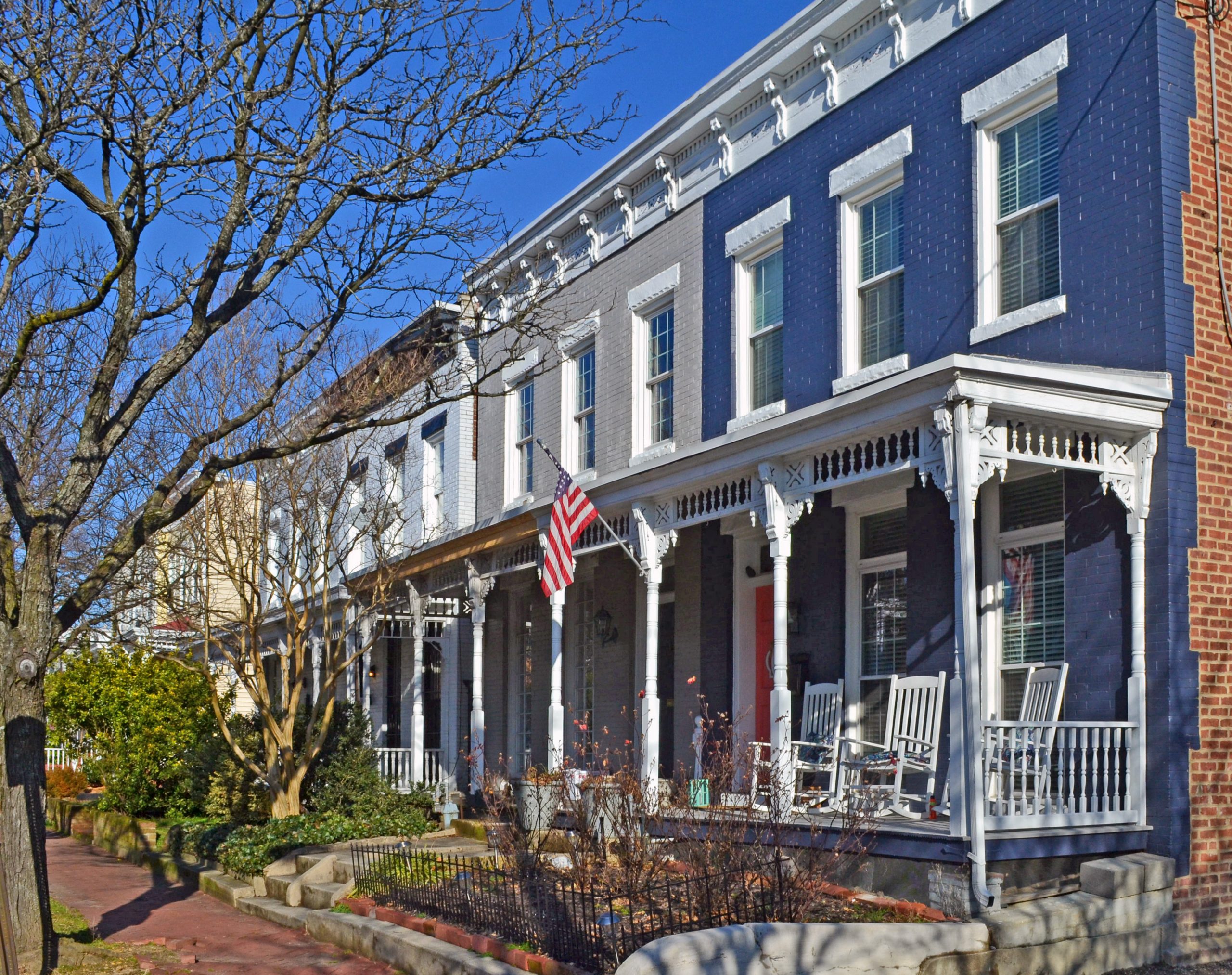 In the 1890s, the Virginia Railway and Power Company extended a trolley line down Richmond’s West Main Street that served as a catalyst for residential and commercial development of increasing importance as the early 20th century progressed. As with the rest of the Fan Area, the Fan Area Extension’s particular grid pattern of streets and blocks owes its existence to the proposed layout of the town of Sydney by Jacquelin Harvie in 1817. Although the town itself never materialized, the plan continued to direct settlement of the area throughout the 19th century. East-west streets include West Cary Street, Parkwood Avenue (originally Taylor Avenue), Grayland Avenue (originally Chaffin Street), and Idlewood Avenue (originally Beverly Street). All of the 1100 through 2700 blocks of West Cary Street are included in the Fan Area Historic District Extension; however, fewer blocks or parts of blocks of the remaining east-west streets are included due to the construction of the Richmond Metropolitan Area Expressway in the 1960s. This major expressway extends roughly parallel to Parkwood Avenue and interposes both a physical and visual barrier between the Fan Area to the north and the Randolph and Oregon Hill neighborhoods to the south.