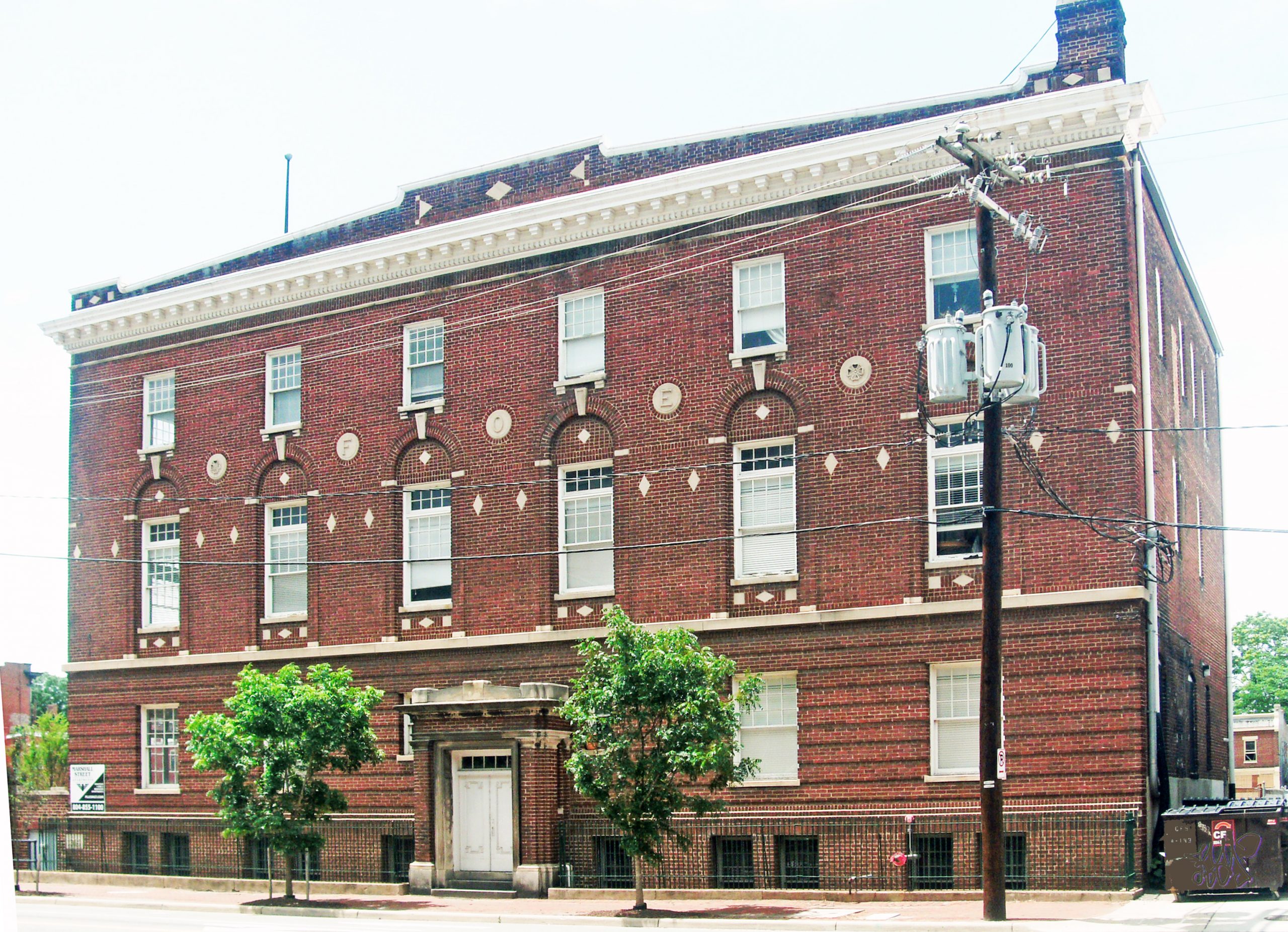 The architectural firm Asbury and Whitehurst designed the neoclassical Fraternal Order of Eagles Building, erected in 1914 in Richmond’s Jackson Ward. To accommodate the specific functions of the FOE, the original floor plan included formal waiting areas and a grand hall on the first floor, and assembly rooms on the second and third floors. A national organization founded in 1898, the Fraternal Order of Eagles is “dedicated to the ideas of democracy and brotherhood”; the Richmond chapter or “aerie,” established in 1903, occupied the building from 1914 through the mid-1980s. Originally FOE limited membership to white males between ages of 21 and 50; during its heyday in the 1920s and 1930s, Richmond’s Dixie Aerie boasted around 3,200 members, including Virginia governors John S. Battle, William M. Tuck, and J. Lindsey Almond, Jr. By the 1980s, when membership dwindled to 26, the Dixie Aerie folded and sold the building. After sitting vacant many years, it was renovated in 2005 into apartments with a commercial space in the basement.