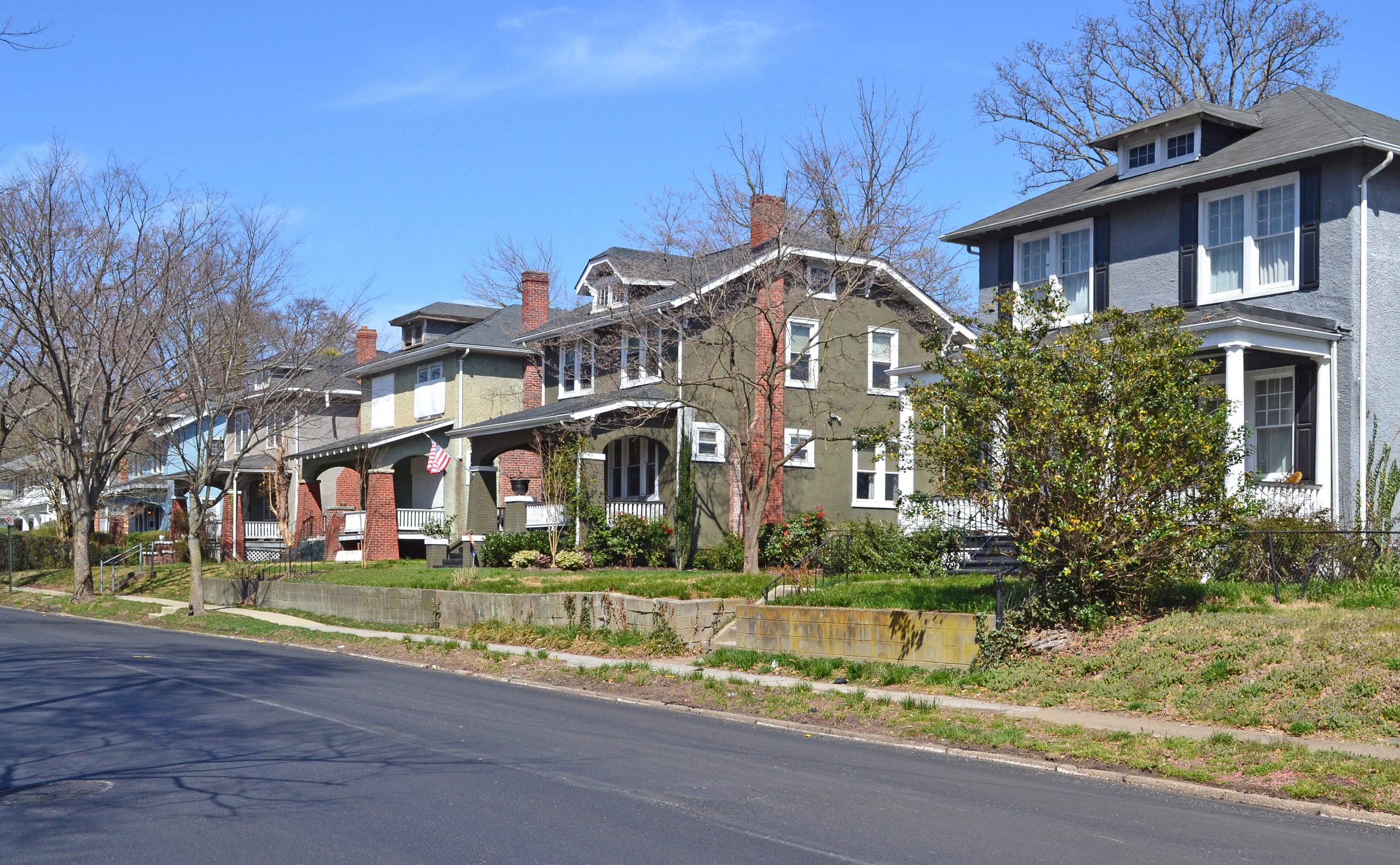 Composed of one late-19th- and five early-20th-century subdivisions in the on the Northside of Richmond, the Brookland Park Historic District shows the impact of streetcar transportation on suburban development in Richmond during the first-quarter of the 20th century. Begun in 1890, Brookland Park, the largest and earliest subdivision, was a joint venture of James H. Barton and Joseph M. Fourqurean. The neighborhood grew slowly as it was some distance from a brand new electric streetcar terminal in Barton Heights. Its growth spurted after 1911 when the Norwood subdivision joined Brookland Park to the Town of Barton Heights to the south. Belrose (1911), North Richmond Terrace (1913), and Alvista Heights (1914) continued the grid pattern and lot sizes established in Brookland Park, as development moved further north of Brookland Park Boulevard. The last subdivision, Woodrow Park (1924), filled in a small tract of land to the west of Brookland Park. The rapid build-out that followed gives the Brookland Park Historic District its uniform character of American Foursquare houses placed close together on small lots. Centered around the intersection of Brookland Park Boulevard and North Avenue, the Brookland Park Historic District’s consistent housing stock of  American Foursquare and Classical and Colonial Revivals is typical of the middle decades of the 20th century before World War II. For that reason, the district displays a high level of integrity and is distinguished from the neighboring Barton Heights and Battery Court Historic Districts by the homogeneous nature of the buildings, denser development, and the concentration of public and commercial buildings not found in the other two districts.