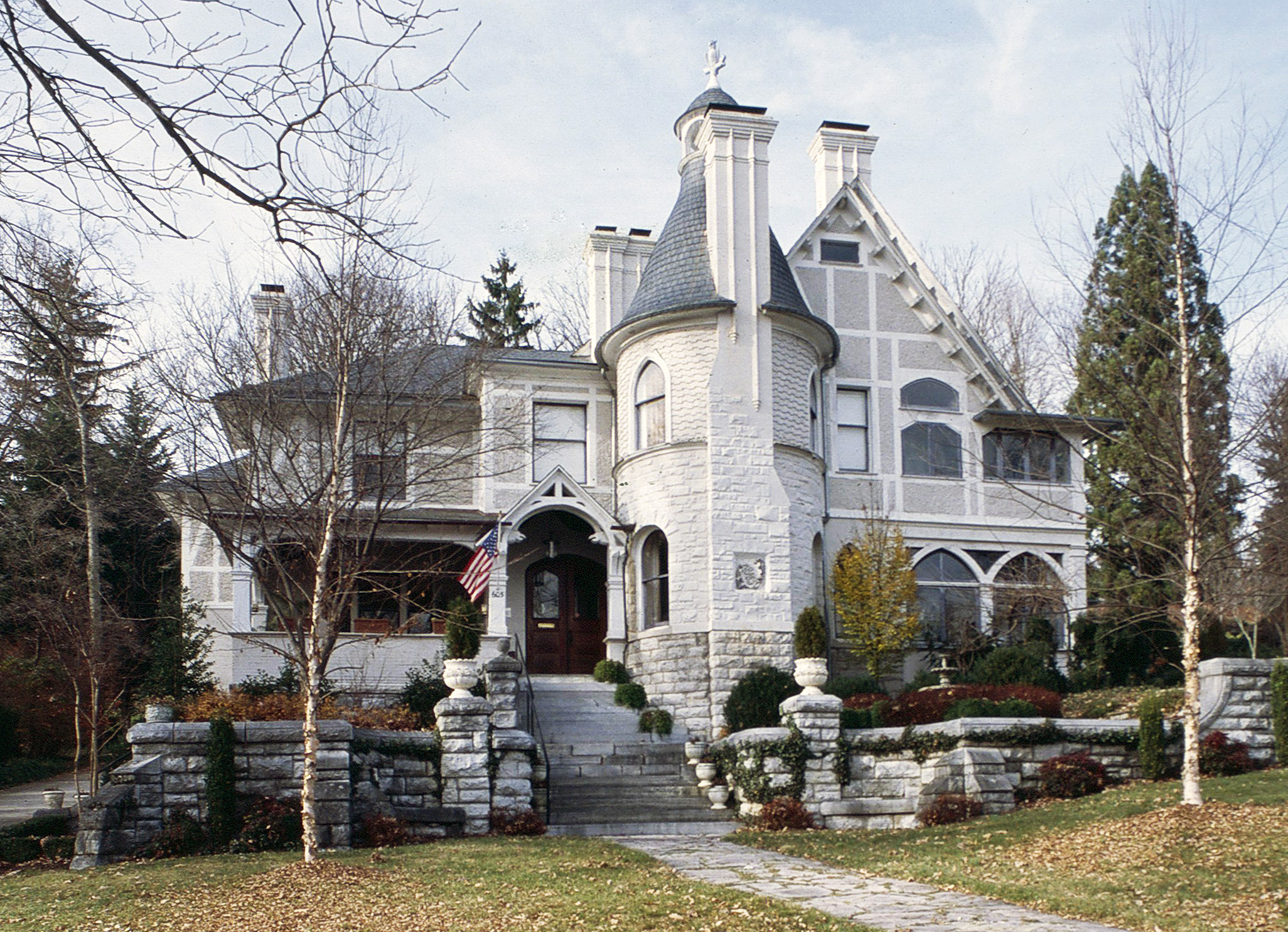 This complex house shows the late-19th-century Queen Anne style at its most imaginative. It was designed in 1893 by the Philadelphia firm of Yarnell and Goforth, which borrowed forms and motifs from 16th- and 17th-century European precedents and combined them into a structure uniquely American, employing outstanding craftsmanship and fine materials. Defining characteristics of the style are the asymmetrical façade, a multiplicity of roof forms, a mixture of surface materials, and the many different window types. The “American” touch is the neighborly front porch and terrace. Oakdene’s conical tower is topped by an owl finial whose eyes were originally gas lit. The house was built in 1893 for Edward Echols, president of the local National Valley Bank, and Virginia’s lieutenant governor from 1898 to 1902.