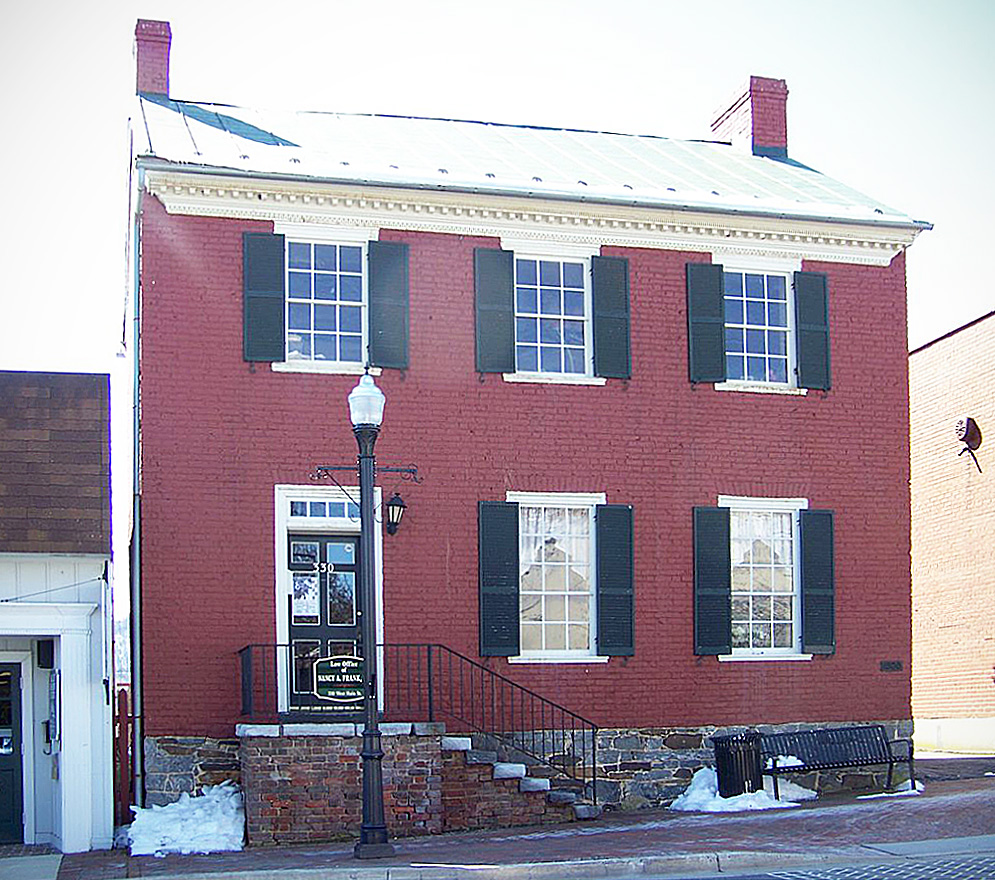 Built in 1806, this Federal town house, one of the city’s few remaining early structures, is believed to be Waynesboro’s first brick dwelling. Its original owner was Casper Coiner, who was of Pennsylvania-German origin. With its elegant Georgian cornice, Coiner’s residence is an unusually sophisticated representative of the houses found in the linear villages of the Shenandoah Valley. Following the practice of densely settled communities, particularly Philadelphia, the Valley settlers placed their houses at the fronts of their lots, giving their villages an urban character. The Coiner-Quesenbery House originally had a center entrance, but an alteration of 1832 gave it a more conventional side-passage plan. The house, located in the Waynesboro Downtown Historic District, was restored to its mid-19th-century appearance in 1972 by the Quesenbery family, who had owned it for many years.