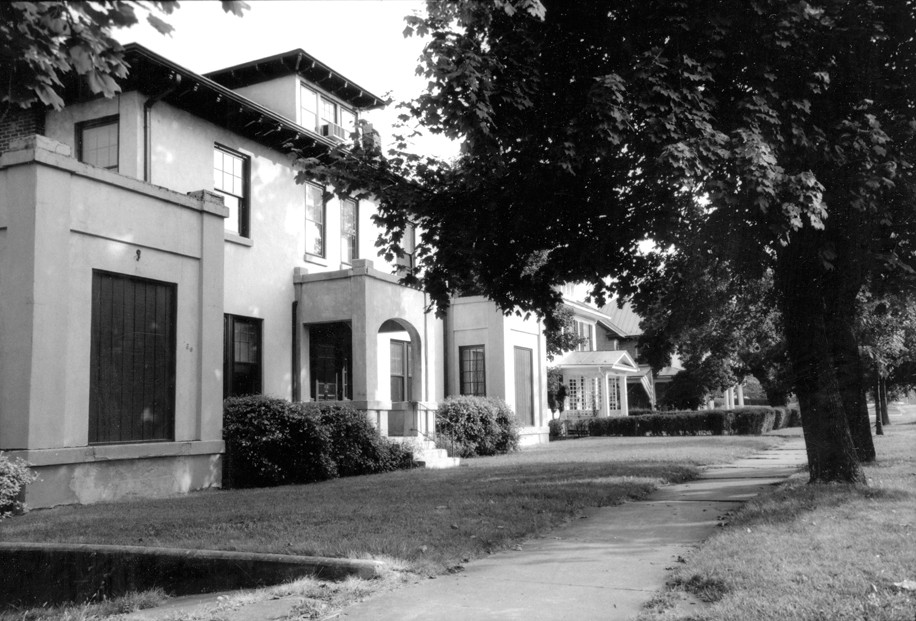 Tree Streets Historic District is a residential neighborhood south of Waynesboro’s downtown commercial center. Named for the streets—Maple, Walnut, Chestnut, etc.—that were laid out by the Waynesboro Company as part of its development plan for the area, the neighborhood was one of the more successful speculative ventures in Waynesboro during the Virginia development boom of the 1880s and early 1890s. Several impressive Queen Anne–style houses were built during the first two years of development but most of the dwellings in the district date from the early 20th century and represent such styles as the Classical Revival, Tudor Revival, Arts and Crafts, and Colonial Revival, as well as the Foursquare and Bungalow forms. The coming of a DuPont Company cellulose acetate plant to Waynesboro also prompted the construction of high-quality speculative housing in the neighborhood. The quality of residential architecture and setting made the Tree Streets neighborhood a desirable place to live.