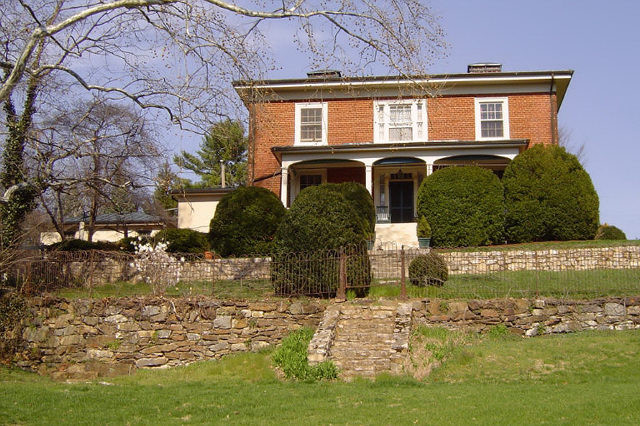 Rose Cliff is closely associated with the Tree Streets Historic District in Waynesboro. The house once stood at the center of a profitable apple orchard known as Rose Cliff Fruit Farm that was sold in 1927 and the land subdivided into the Rosecliff subdivision in a section of the early Tree Streets neighborhood, eventually annexed to the city of Waynesboro. A combination of historical and architectural evidence suggests that the house was built circa 1850, and it is now a rare urban representative of the rural Greek Revival style in the Shenandoah Valley. The property was operated originally as a farm by the Brooks family, but after some contentious land transfers after William Brooks’s death in 1858, it was eventually bought by Benjamin James Craig in 1893. Craig and his wife, Lillian Loth, established one of the earliest commercial fruit farms in the Shenandoah Valley, growing several varieties of apples, including the Albemarle Pippin.