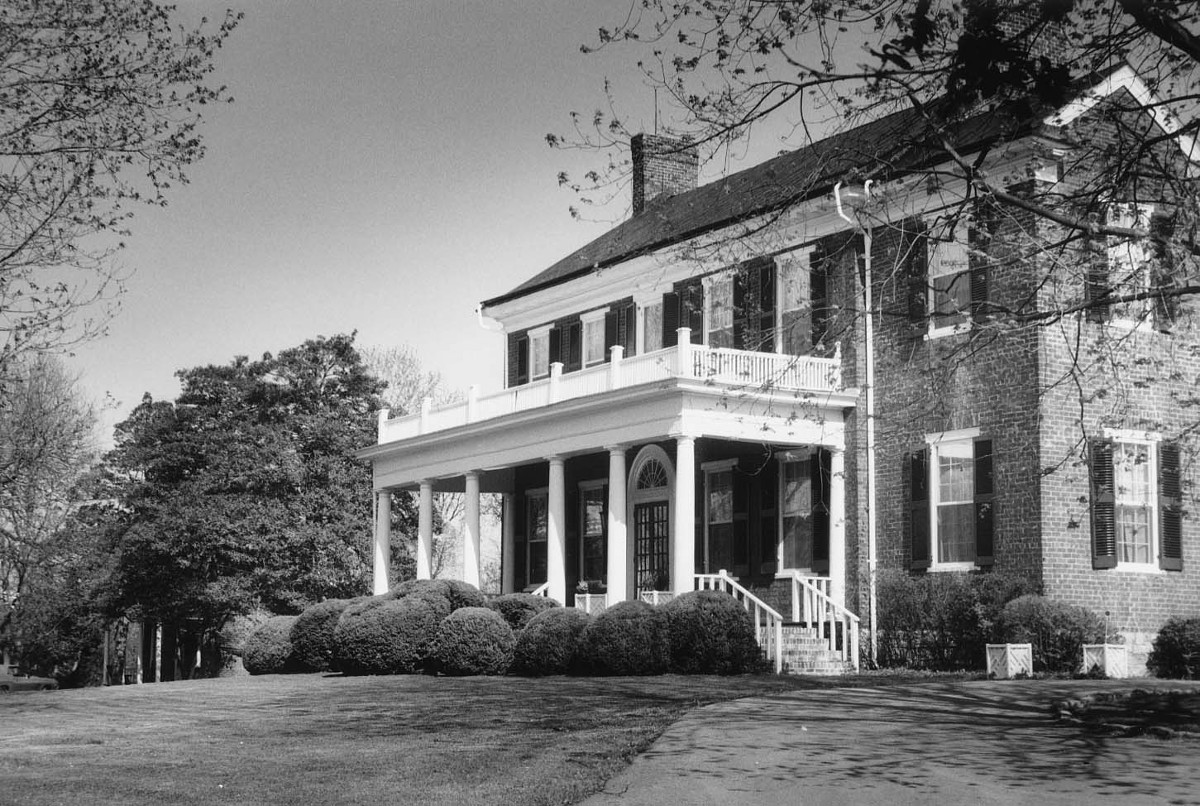 On a ridge overlooking the historic district of Abingdon, Mont Calm stands as one of the best examples of Federal domestic architecture in this historic Southwest Virginia community. The generously proportioned dwelling, with its formal façade, finely jointed brickwork, and Doric cornice, is tangible evidence of the sophisticated lifestyle enjoyed in the early days of the region. Completed in 1827, Mont Calm has been the home of the Campbell, Cummings, and Mingea families. It was built for David Campbell, who served as Virginia’s governor in 1837-40 and was an early champion of public education. The interior was remodeled by Mr. and Mrs. Wilton Egerton Mingea after they purchased the property in 1905. Mr. Mingea started the Virginia-Carolina Railroad following his move to Abingdon.