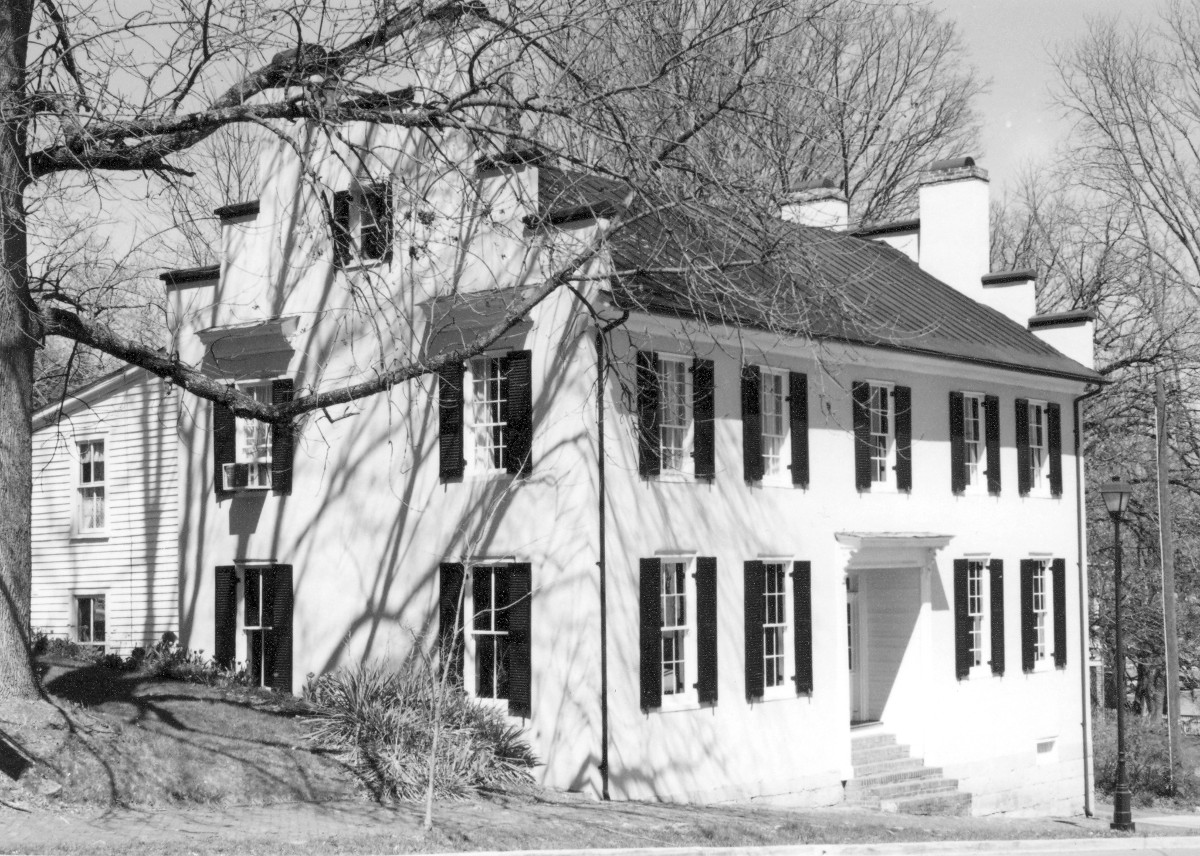 Dr. William H. Pitts House is a two-story dwelling built in 1854 in the popular Greek Revival style that figures prominently in the historic Abingdon East Main streetscape. The house features a symmetrical five-bay façade with a recessed entrance and a single-pile plan with a central passage flanked by parlors on the first floor and bedrooms on the second floor. The walls are of stucco-covered masonry set on a limestone ashlar foundation. Stepped parapets on each gable end with cast-stone ornamentation along the upper edges and a wide cornice with sawnwork brackets adorn the roof. The house was constructed on speculation by Adam Hickman, a prominent local builder of numerous structures in Abingdon during the mid-19th century. Hickman subsequently sold the property to Dr. Pitts, a Civil War surgeon, in 1859.